Destination: Unknown, or is it?

Home Destination: Unknown, or is it? 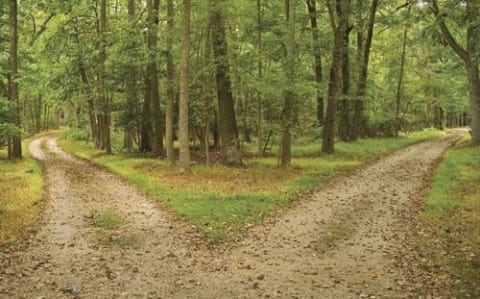 “Ah, I see you’re taking the road less travelled”, my GPS alerted me as I took the wrong exit. Using the app WaZe, I created my own collection of personalized navigation messages. This one just happened to be whenever the GPS needs to reroute. Unfortunately, this occurs quite often when I’m behind the wheel. Since the first time I read it in elementary to today, Robert Frost’s “The Road Not Taken” has stuck to me. However, it wasn’t until my junior year literature class which brought the poem under a different lens.

Through my childhood and adolescence, I mistook the meaning of “The Road Not Taken” as an allusion to the practice of individualism, and the glorified culture surrounding it. Conversely, the poem centralizes the conflict between individualism, and the consequences, or lack thereof, of such. Did the road I took influence who I am today, or, as argued by David C. Ward, I am who I am regardless of whichever path I chose. Hence, I pose my question: where has the world placed the needle on the spectrum of freedom to predestination?

The answer varies. Different doctrines teach different degrees of the prevalence of supernatural influence in our lives, varying from none, to absolute. Contrasting demographics, as well as culture, will factor into this as well. Outside of religious influences, I believe free will dominates predestination. That is not to say predestination is not present. Every individual will have factors that influence much of their life, such as race, gender, background, etc. For example, succeeding from a family in poverty is far more difficult than succeeding from a wealthy family. More or less, everyone has a separate “start” on the game of life, some ahead of others. However, through diligent effort and a few lucky tosses of the dice, it is possible to catch up.

This is very interesting Raymond! Many people, including myself at one point, interpret Robert Frost’s poem to be a call to individualism and nothing more. I love how you used your interpretation of the poem to introduce your central question of predestination. Obviously, there are variables that shape our personality from the start, “factors that influence”, but is there something else that leads us towards a certain end? An article that I find helpful in understanding the factors with which we begin is (http://www.psychologydiscussion.net/personality-development-2/top-3-factors-influencing-personality-development/1934). I can’t wait to see where you go from here!

Your question is fascinating: how much of your life is determined for you? Does free will exist, or is it but an illusion of our internal narrative? As you mentioned, religious denominations (including Calvinism – see https://carm.org/what-is-calvinism) take the omniscient, timeless God as to mean everything is preset. On the other hand, Catholics take a more delicate approach, describing predestination as more of a “roadmap” of choices: many paths to take, and choices at intersections; while all paths are known by God looking at the map from above, the actual path chosen may vary from person to person according to his free will.

Neuroscience, on the other hand, has done some interesting experiments (https://www.wired.com/2008/04/mind-decision/) to prove that, at least in some cases, decisions are made for conscious thought.

Your discussion of more corporeal impacts on one’s future, like race, gender, and socioeconomic background, and then your corollary about a few “lucky tosses of the dice” is interesting. I found a fascinating post by the Washington Post (https://www.washingtonpost.com/news/wonk/wp/2014/10/18/poor-kids-who-do-everything-right-dont-do-better-than-rich-kids-who-do-everything-wrong/?utm_term=.2c305be36da9) that corroborates your claim that children from wealthy families have an accumulated advantage that still puts them farther ahead than even the hardest workers from poor families.