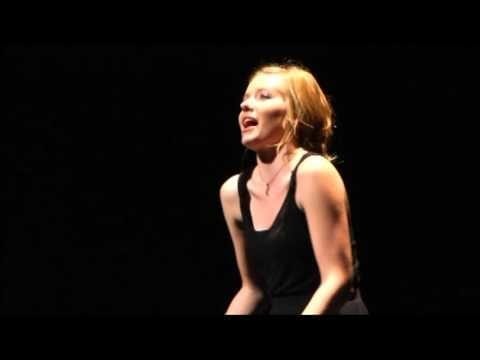 I picked Desdemona’s passage, 1.3.208-218, from the play Othello. To perfect my interpretation and delivery of the passage, I had to record it several times. The first time I did it, I just read the passage with no emotion. I wasn’t very happy with the result of it, so I had to re- read it and record it several times after that until I felt like I got it right. I learned that different literary devices can affect how the play is presented, and are useful not only in the literary world but also greatly utilized by actors. I tried to read my passage in a detached tone, because although Desdemona was trying to feel sympathetic for her father, she also seemed to annoyed that he was so protective of her. I tried to do it in a more quiet tone, because I believe that she was rationally speaking to her father, rather than yelling at him and telling her off. I tried to have a slow, articulate pace, so my audience can understand what I am saying as I presented my monologue. Desdemona’s character is quiet and sweet, but also sensibly strong willed. Her goal with this speech was to be kind to her father, while still being firm with him.