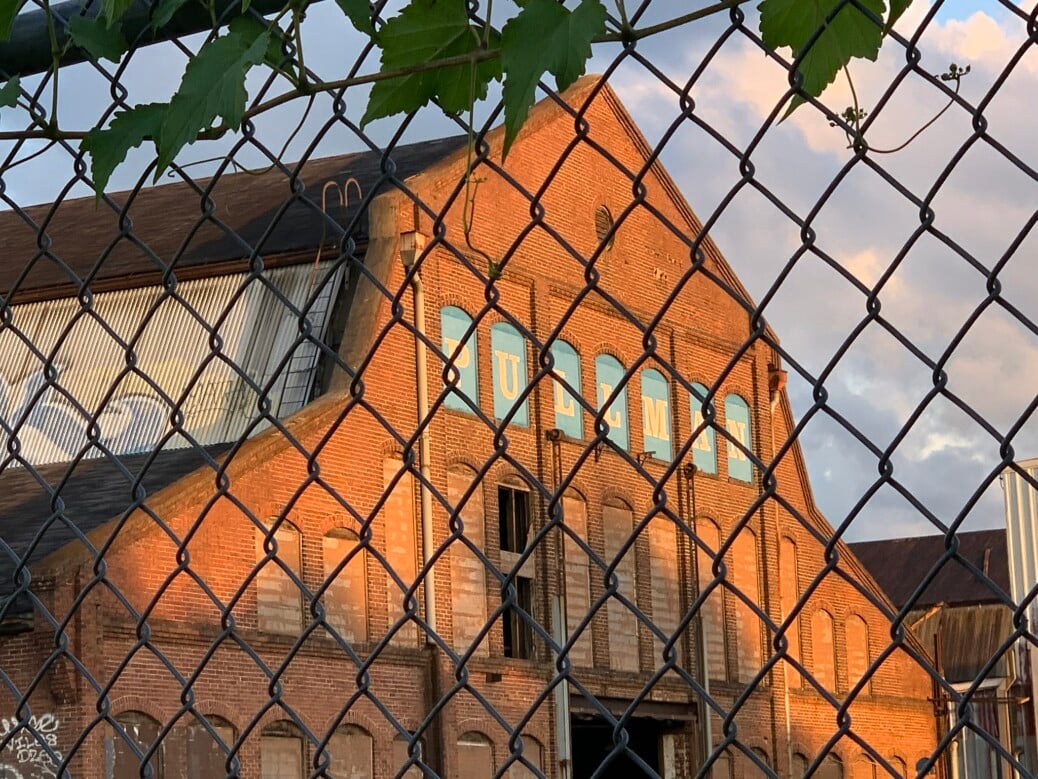 Raheem is a 12-year old, (presumably) African-American student from upper Manhattan. As I was his substitute teacher, I knew very little about his family life. I had heard that he lives with his mother and father, the latter whom I believe is not his birth father. Raheem has occasionally mentioned staying with his grandmother. He also mentioned once in passing to a fellow student that he has a brother who “is dead.” I have very little conclusive information about his life outside of what I observe in school and have heard from other faculty, but I have reason to believe that he lives under tremendously difficult circumstances.

Raheem has babyish physical features, with his face and body still possessing a characteristic roundness commonly associated with youth. He has braces on his awkwardly large teeth, and and he almost exclusively wears athletic clothing, from his headwear to his shoes. Raheem’s demeanor seems to perpetually and frenetically fluctuate between two extreme poles — of severe bellicosity on the one hand, and an innocent camaraderie on the other.

In a majority of occasions Raheem carries himself in a hostile and aggressive manner, apparently always ready to physically lash out, threaten, or intimidate. His belligerence betrays his short and boyish stature. Although he mostly looks upward at the various recipients of his pugnacity, this somehow does not diminish its intimidating effect. His voice is high-pitched and his typical speaking register is loud, shrill, raspy, and forced. His deep brown eyes have a piercing and direct quality through which his anger blasts like a fiery, well-honed weapon. He is capable of affecting a menacing smile that might disrupt any well-meaning adult’s sense of comfort.

With those whom Raheem considers to be his friends, he is capable of carrying himself in a much different way. He often displays hearty gestures of physical affection including, high-fives, one-armed hugs, handshakes, dancing and fist-bumps. He has an infectious and boisterous laugh that is more consistent with his childlike physical appearance. When he smiles and laughs, his face forms wrinkles and contortions which invariably evoke sympathy from all those around him. His sense of humor can be simultaneously innocent and sweet, yet also sharp, crude, and unforgiving. His jocularity portray a multitude of layers of underlying pain, confusion, and anguish, yet he also displays a desire to achieve moments of joy wherever he can.

Relationships with Children and Adults

With everyone around him, Raheem seems to keep his cards rather close to his chest. He has two best friends, both male and both (presumably) African-American, in his same grade. Several other students in his grade, all male and of mixed races and ethnicities, form his social group. These boys consistently convene at lunch and recess. Although Raheem maintains a regular group of “friends” (more accurately allies), he shows a proclivity to fighting and fraternizing indiscriminately with passers by in the hallway, ranging from students who are both older and  younger, to teachers male and female.

Despite his deep affection for his buddies within his chosen milieu, anyone in his immediate physical periphery is liable to fall into the crosshairs of his erratic ire. He shows little respect or concern for physical boundaries of others — hitting, pushing, threatening and slapping those around him at will,  friends and enemies alike. His joviality can often transform into uncontrollable rage within a matter of fractions of seconds. When interacting with female students, he expresses an intensified degree of fascination and curiosity, as well as repulsion and hostility.

There are a few other students in Raheem’s grade who seem to desire entry into his exclusive clique, yet their attempts usually end with them becoming victims of his bullying behavior. He enforces upon on the members of his “pack” to maintain a rigid understanding of who is on the “ins” and who is on the “outs” of his ad hoc social organization. Often times, his closer “friends” comply with his wishes, while other times they do not, leading him to explosive episodes.

With adults and figures of authority, Raheem displays an extraordinary outward indifference to and lack of concern for approval.  Regularly and shamelessly, he curses, threatens, and uses racial/discriminatory epithets. He explicitly discusses themes which of are a highly inappropriate nature for a school, without regard for potential consequences. If he disagrees with a particular request of an adult, he will either blatantly ignore it, sharply refuse it, or in extreme cases, lash out. Very infrequently and on an inconsistent basis, he will sheepishly acknowledge submission to an adult’s directives, usually followed closely by his more common responses of the former character.

There are rare and special occasions where Raheem displays a profound sweetness and sensitivity to his social environment. He has a deep interest in people, often probing his teachers about their personal lives, families and interests, and sharing his own experiences with a precocious cogency. He appears to be aware of the powerful effect that his emotional tenderness can have on adults, and he often, although guardedly, uses it to manipulate situations in his favor. Notwithstanding, there is a degree of consistency in his mannerisms with particular teachers and staff that evince his firmly-rooted, yet highly refracted and distorted desire to maintain nurturing relationships with caring adults. This is more acutely observable when he is in smaller classes, and when he has the less divided attention of a teacher or staff member.

Raheem is not shy about articulating his interests and proclivities to those around him. He loves to play basketball and possesses significant technical ability at it. He is on the school’s team, and although his coaches recognize his talents, they acknowledge that his disregard for instruction makes him “un-coachable.” That is to say that he is not a team player, and he displays more interest in bolstering his own individual achievements than he does working together with other players. He is competitive to a debilitating degree, and daily ball games with his two best friends at recess often conclude with physical brawls. At the beginning of every recess period, he urges other members of his social circle, teachers, as well as school staff to participate in games as well. Wherever he can get away with it, he interprets the rules to his advantage, and shows little concern for fairness or good sportsmanship.

Raheem has a naïve fascination with weapons, violence, gang activity, drugs, and money. Using online media platforms, he listens to “drill” rap music, which is associated with with the former themes, and he often tries to emulate the rhythmic spoken and dance style of some of the proponents of the genre. Despite the disapproval of all of adults in his school life with his interest in such subject matter, he regularly attempts to showcase what he fantasizes to be his intimate knowledge of these urban societal issues. As youthfully misplaced as his preoccupations are, it is unfortunately not unbelievable that he actually may have some close and realistic experience with these ills.

Academically, Raheem’s extreme behavior issues largely prevent him from participating in any school activity in a meaningful way. This being said, he is an incredibly intelligent student with high aptitude and a brute-force tenacity for any tasks to which he sets his mind to accomplishing. His attitude toward approaching new challenges is generally intuitive and speculative rather than disciplined and meticulous, which often leads him to difficulty. On the other hand, his obvious intellectual and social strengths, combined with his competitive nature, sometimes find him rapidly successful in tasks which might befuddle others.

Since he strongly resists accepting help in his learning process, it is difficult to gauge his particular learning style. It is clear that his extremely high degree of social intelligence factors into how he assimilates new skills and information. He seems to learn by observing and imitating the relationships between other people in his life, eventually figuring out for himself how to gain competence in a given area. He is highly sensitive to failure or setback and becomes upset with himself when he encounters even small difficulties.

Raheem seems to have an affinity for deal-making, bargaining and negotiation, especially with adults, and this also factors into his learning process. Often his behavior can be managed most easily by presenting him with a “trade,” as he refuses to respond to instruction or direction. When he feels as though he’s getting a fair “deal” and has set his mind to accomplish a particular academic task, one can find glimpses new strengths which he seems to have accessed in the interest of attaining his ends. In general, Raheem possesses many gifts, many of which appear to be buried underneath a varied complex of emotional brokenness.

Dear Jesse
From the word choice in the title to the picture of the post, “Descriptive Review of a broken child” this automatically piqued my interest. Listening to what you are telling here, it is very interesting seeing someone who can have very “normal” or just the “usual” aspects, such as what he wore, how he would act with friends, all this would be something even I can relate to.

But even with these “normal” aspects, he handles things much differently than most, Now, just because he acts this way doesn’t affect his intelligence, based on your observations, he is very much an intelligent student and all that is needed to help, is someone like you, someone to observe occasions like such and help spread the word, that although someone may look or act a certain way, that doesn’t fully interpret a person.

Thank you for writing, with the way this section was told, the specific word choice, and the amazing observation that was made, I very much would like to hear about what you have to write about next. 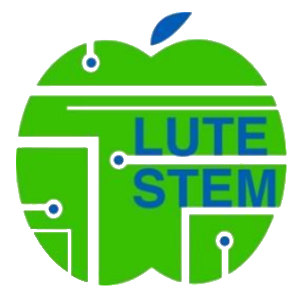