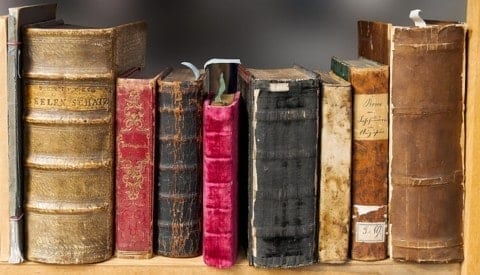 Descent of Angels by Mitchel Scanlon is a book in the Horus Heresy series. It focuses on the first of the 20 Space Marines Legions, the “Dark Angels.” Unlike the other Horus Heresy books, Descent of Angels doesn’t mention the heresy at all and describes the formation of the 1st legion, The Dark Angels. I think that even though it doesn’t mention the heresy and the writing isn’t always the best, it has its moments, and it’s good at explaining the lore of the Dark Angels.

As I mentioned, Descent of Angels isn’t about the Horus Hersey, a prelude to the current storyline of Game Workshops Warhammer 40,000 game despite being part of the series. Descent of Angels is set primarily on Caliban, a planet that is a fantasy medieval-like planet despite the Science Fiction setting. Before the Emperor came, there were knightly orders that, after he arrived, evolved into their legion.

The book wasn’t horrible, but at the same time, it wasn’t my least favorite book in the Horus Heresy Series. The book seemed to be just a several chapter-long training session, one chapter of exciting action, another several chapter-long training session that was almost the same as the first, and then a couple of outstanding action-packed chapters.

Solid review, I think a lot of people feel the need to like a book by the end based on the amount of time and effort put into it so I respect your decision to go against the grain.