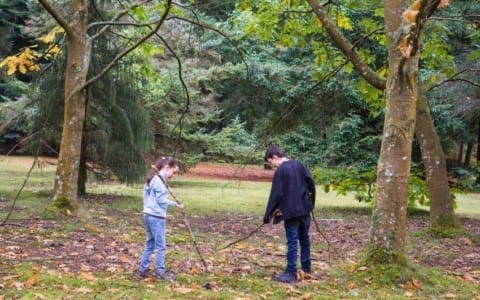 My name is Karen, the authour of the blog “Deforestation In NY”. This blog is a high-school project where I would express my opinion about an issue. I noticed that there was a lot of construction building around in my community, and in that process trees were being cut down as well. The goal of this project was to raise awareness of the cutting down of trees in local neighborhoods and to get people to start re-planting those trees. After this journey, it seemed that the voices of our tall perennial plant friends were not heard.

I couldn’t get a lot (or any) followers for my blog. In the end, I failed my mission to get others to notice about my blog. My most popular post was actually the “Benefits of the Tree” with a total of 13 views. This post was about how trees benefit the environment, animals, and the humans. About half of the views this post received was in the month of March, where this was posted in mid-April. I did not promote this post, even though it is considered as my most popular. I have written a total of 18 posts having to do a little more research than the usual about deforestation starting my project in February.

Not only had I created a blog, but also a petition where it would be for the demand for planting more trees in parks, forests, and just the normal community. The petition received only 3 followers with no messages or comments to the signing. I promoted my petition more that I had promoted my blog. Though it was only 3 times where I promoted the petition on my blog and only 2 times on my social media.

For my failed mission, I came to a conclusion that one needs to not only be passionate about the side of the issues, but also a prominent activist. Because I was not promoting the “Deforestation in NY”, I was not able to get as many followers or signers for my petition where others in my class had done better than me. If I had to do it over again, I would set up an account in a popular social media platform. I would constantly be sharing stuff that other environmentalists had posted. I would try to engage in conversations, either agreeing more or criticizing ideas to get others to listen and message me. I would also try to change the topic a little. Maybe make it seem like the issue I’m promoting would seem as something devastating, encouraging the reader to read more about it. And possibly, the readers would side with me and take action.

Dear Karen,
I am Richard, an elementary school teacher from the Bronx, NY. I am grateful for your creation of a blog about the deforestation of trees within our state. Please don’t feel that there wa something unadequate about your blog. I believe that we humans take trees for granted. They can be so huge, they may require so little care, and we may assume that if we chop down a thousand here, well we plant 2,000 more somewhare else.
I always loved trees, but more so now that I realize what a simple climate change machine they are. I taught that to my 5th grade students, then taught them to “service” the trees so they’d last longer in the tough city environment. I learned about the tiny nation of Bhuttan, where every citizen is razor-focused on planting trees to combat climate change. Last year I read “The Hidden Life of Trees”, whereby the scientist shares his discoveries regarding the intelligence of trees and how trees communicate with each other.
I applaud your activism Karen. You’re getting the job down. Even if only I person responded to your blog, you made an impact. Because of people like you, we’ll save the climate crisis.
In Soliidarity,
Richard Geldmacher
White Plains, NY

Estoy impresionado con su publicación ” Deforestation in NY Reflection” porque tiene un artículo interesante que dice “For my failed mission, I came to a conclusion that one needs to not only be passionate about the side of the issues, but also a prominent activist” .

Una frase que usted escribió que se destaca para mi es : “I would try to engage in conversations, either agreeing more or criticizing ideas to get others to listen and message me” porque esta información vale millones .