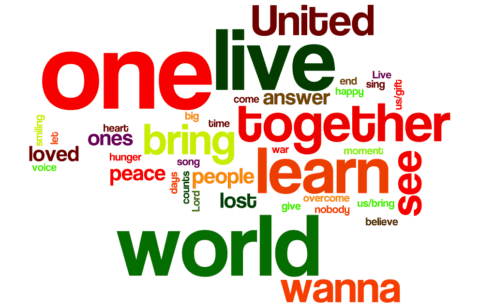 My name is Kevin Pleitez, I’m currently a freshman at California State University of Chico. I have a few concerns regarding the safety of my generation, community, and frankly our country. There’s been a large concentration of discrimination and violence happening in our beloved country these last few years that’s put fear into the heart of your citizens. These issues range from police brutality and discrimination to careless gun control.

One of the most pressing issues is police brutality and the way it’s being handled by the government and with the citizens. Racism has always played a big part with police brutality. And we both know what happened in LA during 1991 with the case of the four policemen who abused their power to severely beat a man named Rodney King. The people in LA rioted and the city went into complete anarchy. What would this issue lead to now? That riot was for the action of four officers, what would the repercussion be for the actions of 100 policemen?

This can’t be an ongoing problem because tension between the government and citizens is growing to a point in which it might snap. As i stated before this is an ongoing issue and it will continue being so until something is done by the government that is meant to protect and serve its citizens. A step towards ending police brutality could be that officers have to attend a mandatory psychological examination every 10 years by a private organization. This can identify the mental status of the officer and it won’t be accused of being rigged or bought off simply because the organization and the police department won’t know the what organization they are meeting with until the day of their exam.

Future President everyone heard of the Orlando shooting and a lot of them (including myself) want to know what is  going to happen with gun control in the United States. The shooter legally owned the guns he used to commit the biggest mass murder that’s ever been committed in the United States, the shooter killed 49 people and injured another 53, personally this tragedy could have been avoided if it were more difficult to obtain small firearms and simply not let anyone purchase any type of large firearms. If this catastrophe isn’t an eye opener to the government that weapons of war such as the one the shooter had shouldn’t be purchased by the public and only be used where they were designed to be then what will it take?

We can start to enforce gun control by asking states to pass laws that enforce gun control and hopefully it’ll slowly make its way across the United States. This will allow the resolution of gun violence to have a strong base to stand on and grow all over the United States. It will be a long and difficult process due to the supporters of the NRA and the influence they have in politics. However this shouldn’t discourage us from giving it a shot!

Another thing the government should start getting better at is acceptance and equality of everyone. The Orlando shooter committed that atrocity because of the hatred he had  towards the sexual orientation and race of the club goers. So far President Obama has done an amazing job with the condolences of the LGBT community and their recent loss. This should open our country’s mind to the fact that we’re all American no matter our color, gender or sexual orientation. This tragedy opened my family’s eyes to how unequally the LGBT community is treated, my uncle being part of that community was struck with  fear into his heart and ours because he’s an active club goer and as the news said clubs like pulse was somewhere they could go to be themselves without having to worry about what anyone else thought. Ending discrimination of any kind will be close to if not impossible, however this doesn’t mean that we can’t find ways to discourage it. This process will take a lot longer to try and resolve than any of the other issues simply because we’ll have to ask congress to pass amendments and laws for this to become achievable.

Future President I understand that this won’t be easy issues to resolve if you so chose to  however I sincerely do hope you try. Thank you for reading my letter future President, I truly hope you keep these issues in mind when you in office.