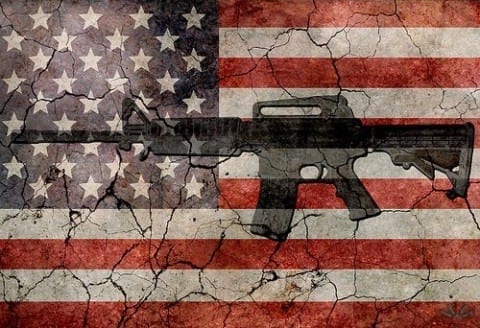 My name is Justin Young and I am writing you this letter, not to attack you, not to tell you how to run things, but to inform you on a few important topics that’s causing the people of the United States to act hectic. I’m not sure if you noticed all over the United States the police shootings that are occurring in most states, but the rate at which a police officer shoots and kill a harmless person is rising constantly. From April 2009 to June 2010 there have been 5986 reports of police misconduct. There have been 382 fatalities that were linked to misconduct; 40 percent of misconduct are from fire arms; 23 percent are from physical acts; 17 percent are from tasers, and 13 percent of misconduct end in fatalities. Day after day with all these killings by police, people become more afraid to call them when they are need for something other than killing harmless civilians.

What is justice? If you think about it, dose it really exist? Is it really justice that a cop gets no charges for shooting someone for no reason but when Charles shoots someone he gets 5 different charges and goes away to jail for 40 years, and even get terms that are unrealistic like 140 years, as if he could live that long. Then after the police kill these people, the media tries to paint the person killed as a threat or dangerous, as if the cop was the one being harassed. The person killed (Jamar Clark) was shot by police while he was handcuffed. What threat could Jamar have been without his hands? He did not need to be shot and killed. Police are trained well to handle those situations way better than that. The worst part is, he was able to perform this violent act and get away with it. He walked away completely free. It is not fair that the people that are suppose to be protecting us are the same ones that are killing us. The police try to tell people not all cops are bad and I’m not saying all are bad but police brutality has gone on for way too long. Actions speak louder than words and they wonder why people don’t like the police. Nearly a thousand times this year, an American Police officer has shot and killed a civilian. This makes me and many people very angry because when the people which is hired to protect us and our communities ends up killing someone, they label themselves as heros. The madness has got to stop!!

Day by day, we watch the news and see how many people are being targeted and killed by others, whether they are the police or your next door neighbor. Gun laws happen to be one of the most concentrated subjects in the United States, but is yet the most unresolved. Lives are lost daily and the news and media spends years talking about how the government or whoever it may be want to be able to control gun trafficking and decrease the murder rates by gun. One thing I have noticed with the news and media is if someone was to get shot and killed and it makes it to the news, they would spend maybe a week or two talking about that murder and having gun laws and then after the two weeks, you’ll never hear anything about it again as if it never had happened. Then in the next two weeks when another person is shot and killed, they will talk about it for another two weeks and then nothing, repeating the same cycle. It makes me alert on how unimportant it is to the government for the murder rates by gun to lower. Any and everyone could have a gun going out killing and the main thing they worry about is getting that person and locking them up, not saying that’s a bad topic to think about, but think outside of that box. Also, depending on who she or he is, how long they will be punished for their crime is different from someone who did the same crime but is a different race. But they don’t focus on how they could prevent future attacks. I know it may be hard to control which person has a gun in this country but why is gun laws a topic of discussion if nothing can be done about it. And if there is something that can be done about it, why is it still a topic of discussion? You don’t see every murder scene on the news, so just imagine how much more is going on than you hear.

Thank you for time you spent reading this letter and hopefully you would be able to address these situations in the nearest future.

I love how you incorporated your statistics into your letter.