Deadly Fires In Many Parts Of The World

Home Deadly Fires In Many Parts Of The World 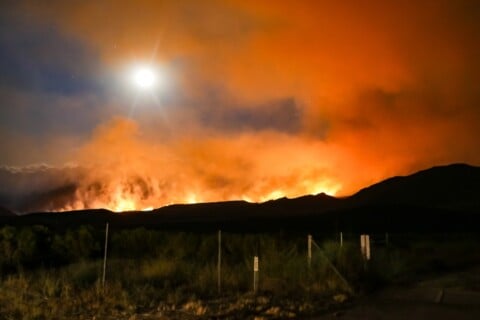 In the Article “Southeastern Europe Battle Deadly Fires,” I learned that South Eastern Europe is facing widespread and deadly fires. Greece is also battling with at least 55 wildfires where thousands have been evacuated. Dozens of homes have been destroyed and dozens of people have been injured, two people including a firefighter were killed. The same thing is happening in Greek island of Evia, where a whole village was burned. Meanwhile turkey is facing the worst fires in the country’s history. More than 55,000 hectares of forest have been lost to these fires.There have been 8 deaths and many have been injured. More than 220 wildfires have broke out in turkey throughout these past few weeks. It is getting to the point where it is challenging to stop the fires from spreading. Firefighters are doing their duty and doing anything they can to stop these fires.There are many countries like the United Kingdom, France, and the United States that are helping keep everything under control by sending water bombing aircrafts to the areas where it is needed.

0
Do you think more people should be informed about the fires?x

I think that what is happening is important and there should be more people informed about these deadly fires. Due to all these fires happening all around the world the environment is burning and getting destroyed. It must be horrible to live where there are many fires and where you are forced to leave your home.

Dear Sayra, I am impressed with your post “Deadly Fires In Many Parts Of The World” because I agree that more people should know about these deadly fires. I think it’s horrifying how many fires are happening all at once across the world.

One sentence you wrote that stands out for me is: “It must be horrible to live where there are many fires and where you are forced to leave your home” because you think about the victims of the fires that have lost their home and you put yourself and the reader in that same position. I think this is unique about your writing because you think about others.

Thanks for your writing. I look forward to seeing what you write next because I like the way you view things. You make me think about other people and what they are going through.