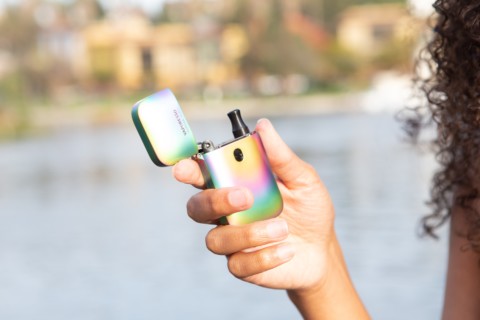 19.6% of high school students and 4.7% of middle school students reported using E cigarettes on a consistent basis. Among the E cigarette users, about 22.9% of the high schoolers currently using stated that they smoke daily. Although these numbers are down from 2019 by quite a bit, this is still a lot. Experts hypothesize that in 2019 things like juuling were “trendy.” Now that E cigarettes are being discouraged and there are more restrictions on advertising, less kids who aren’t addicted are occasionally using E cigarettes. On the other hand, the kids who became addicted to nicotine in 2019 are still using throughout 2020 and less likely to quit.

E cigarettes are not healthy for anyone, but are especially unhealthy among adolescents whose brains aren’t fully developed. Some long term effects in people under 25 can be long term addiction, mood disorders, and lack of impulse control. Consistently smoking E-cigarettes as an adolescent is practicing a bad habit that will have life long lasting side effects.

Some of the tempation of E cigarettes for highschool and middle school students comes from advertisements and flavoring. Juul, who has now been sued as a result, created ads like the ones seen below. These ads aired on cartoon networks and other youth channels. Another strategy was to create flavors that kids would be attracted to. Mango, Creme, Fruit, and Cucumber were some of the flavors that have now been banned. Although Juul has been banned from producing these flavors, other companies like puff have just replaced them.

Dear Miles
I am satisfied with your post because it raises awareness about the bad addictions that students are having now. Smoking e-cigarettes is becoming an even bigger problem and is damaging the youth.This post is very helpful to help children try to avoid these.
One thing you said that stands out for me is: “E cigarettes are not healthy for anyone, but are especially unhealthy among adolescents whose brains aren’t fully developed.” I think this is sad, because these unhealthy e-cigarettes are in children’s hands very often.
Your post reminds me of some of my old classmates. One time…I saw them smoking for the first time.They were really smart at everything and an honor roll student.Then after smoking for a while he started to struggle in school, fail and rarely showed up.
Thanks for your post. I look forward to seeing what you write next because this was really informative.It spreads more awareness and can make children quit these e-cigarettes.

Dear Miles, I thought your post was very intriguing and you did a great job of including important statistics on the topic. I think you did a great job of clarifying how e-cigarettes are bad for everyone but are even worse for developing brains. The scariest part of this whole fiasco is we’re not even sure of the full extent of circumstances that will occur due to the consumption of so many foreign toxins and chemicals.