Dana, from Kindred, is determined, forgiving, and resourceful

Home Dana, from Kindred, is determined, forgiving, and resourceful 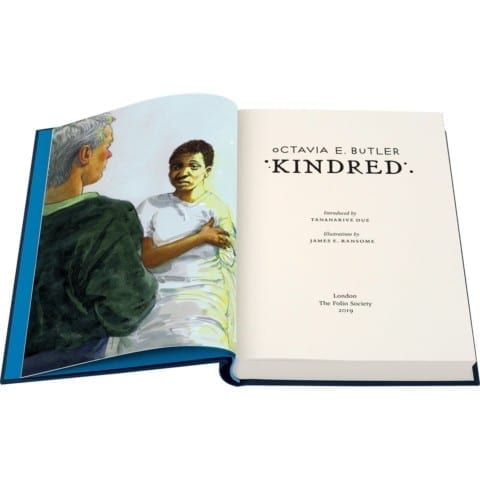 Dana, the protagonist in Kindred, has a few traits that influence her relationships with others.

Dana tries to do whatever she can to help her friends with whatever resources she has. Whatever Dana sets her mind to do, no matter how difficult, and no matter the consequences she always manages to get it done. Dana, an African American, and her white husband, Kevin, lived in 1976, California, they are both writers.

For an unknown reason, Dana has a connection with her ancestor, Rufus, whose family are slave owners. Dana gets sent back to Rufus’ time during 1819 in the antebellum south, whenever he needs help. Dana is forced to go back in time, she is never warned before she goes there except for having a very bad headache and getting dizzy.

She goes back home to her own time the same way, unwarned and dizzy, and in a matter of seconds. When she’s back in history, she looks like an average black slave, but her relationship with Rufus is different compared to other slaves because she repeatedly saves his life.

Although Rufus lets Dana have a lot more freedom, there’s always a limit to what he can allow. Because of the time difference, people who lived in the past aren’t as open-minded, and they treat black people terribly. What seems normal to Dana may seem absurd to Rufus, but he lets her have some type of freedom because he values their friendship.

One, she is determined. Two, she is forgiving. Three, she is resourceful.

These traits influence her relationships with others. ” ‘you know what’s going to happen to both of us if we get caught?’ I asked him. ‘You scared?’ he asked. ‘Yes. but that doesn’t matter. I’ll teach you. I just wanted to be sure you knew what you were getting into.’ he turned away from me, lifted his shirt in the back so that I could see his scars. Then he faced me again. ‘I know”, he said. The same day, I stole a book and began to teach him.’ ” Determination comes into play here when she tries to help other slaves whenever she can, she would educate her friends, which got her punished because back then, educated slaves were considered dangerous and less obedient to whites. She also tries to change Rufus’ mind and persuade him to be a little more open-minded and less oppressive.

Later, on page 179, Rufus interacts with Dana, basically betraying her trust and lying to her. “I said once that daddy was a fair man,” he said, “you all but laughed out loud.” “he wrote to kevin about me?” “he did after… after…” “after he learned that you hadn’t sent my letters?” his eyes widened with surprise, then slowly took on a look of understanding. “So that’s why you ran. How did you find out?” “by being curious.” I glanced at the bed chest. “ by satisfying my curiosity.” “You could be whipped for snooping through my things.” I shrugged, and small pains shot through my scabby shoulders. “I never even saw that they had been moved. I’ll have to watch you better from now on.” “why? Are you planning to hide more lies from me?” he jumped, started to get up, then sat back down heavily and rested one polished boot on his bed. “ watch what you say, dana. There are things I won’t take, even from you.” “you lied,” I repeated deliberately. “You lied to me over and over. Why Rufe?” it took several seconds for his anger to dissolve and be replaced by something else. I watched him at first, then looked away, uncomfortably. “i wanted to keep you here,” he whispered. “Kevin hates this place. He would have taken you North.” I looked at him again and let myself understand. it was that destructive  single-minded love of his. He loved me. Not the way he loved Alice, thank god. He didn’t seem to want to sleep with me. But he wanted me around- someone to talk to, someone who would listen to him and care what he said, care about him. And I did. However little sense it made, I cared. I must have, I kept forgiving him for things…”

Dana’s response here deepens a reader’s sense of her forgivingness. On one of Dana’s teleportation journeys to the past, Kevin was holding on to her during her post-teleportation dizziness, and he traveled back in time with her. After a period of time living in the past, Dana started to get dizzy again, but Kevin didn’t make it to her in time. Dana traveled back to her time without Kevin. When Dana traveled back to the past again, it had already been five years for Kevin since Dana left, but for Dana in her time, she was separated from him in a matter of days.

Once Dana got back to Rufus, he told her that Kevin got tired of waiting for her, and decided to travel North, so she asked for him to send Kevin a letter telling him that she was back. Although Rufus promised Dana he would send the letters, he didn’t, and he hid them from her, he didn’t want to lose Dana as a friend, knowing Kevin would take her back North. Dana is a very forgiving person, as she continues to forgive him after most of her troubles are caused by him.