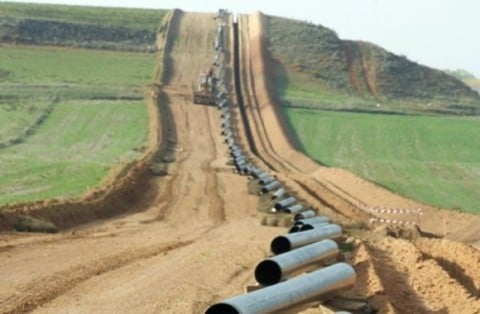 Lawmakers, the public, the Standing Rock tribe, and the pipeline company need to come up with a way to compromise and to finish the Dakota Access Pipeline because it is needed to stabilize our economy as well as lowering fuel prices for everyone.

Bradley A. Blakeman, contributor to The Hill, recently said, “The key to America’s national and energy security rests with our ability to provide for our own energy needs with our own natural resources, personnel and infrastructure.” The Dakota Access Pipeline is a very complex issue that deals with a little bit of everything, from spiritual tribal beliefs and burials to corporate wealth. Looking at both sides of the argument just brings into perspective that there is much more to this issue than right or wrong.

At a depth of 95 feet below Lake Oahe, the pipeline is said to be deep enough that even if it leaks, and that’s a huge if, it won’t reach the surface. The economic benefits on the Fort Berthold Reservation outweigh the risks of the pipeline break in my opinion. When you look at the pros and cons of the pipeline – cons such as the pipeline breaking or the possible disruption of ancient burial grounds, and pros such as the tax income brought to the states and the counties and the people, or the jobs created that will even help with local unemployment, and the fact that the pipeline provides a cheaper, safer way to transport the oil – the tribe could benefit from this pipeline if they really wanted to. The Dakota pipeline will create over 8,000 immediate jobs. It will be a huge boost to employment of welders, mechanics, electricians, pipefitters, heavy equipment operators, and truckers.The state and local economies is estimated to be around $129 million annually to property and income taxes. The service industries will also see a benefit through additional income to hotels, restaurants, gas stations, and even local grocery and clothing stores.

So something that these protesters are saying is that the pipeline runs through an ancient burial site for the tribe. As of this moment there hasn’t been any stone cold hard evidence that proves there is burial ground where the pipeline will be laid. The only thing they are going off of is the fact that somewhere along the line someone told someone it was around that spot. They could be off by a lot if there is even a burial site there. If they are so sure about it, why don’t they prove it with cold hard evidence?

I am a firm believer in cheaper but yet safe and effective ways of doing things, which is what this pipeline is trying to do. According to the U.S. Department of Transportation, pipelines are the safest mode of transporting crude oil. The DAPL is designed to not only meet but exceed federal standards and will be built and operated using the most advanced technology and monitoring systems.Not only will it provide a safe, cheap, and effective way to transport the oil, it will also lower gas and diesel prices across the nation because it won’t cost as much to transport. Since I am a diesel-owning American, the sound of lower diesel prices grabs my attention and makes me happy. I’m sure it makes a lot of other people happy as well.

In addition, I believe that local authorities need to use their power to making sure criminal laws are not being violated by protesters and those in opposition who are trespassing, sending threats, and damaging property. Now I’m not saying they need to interfere with the protest itself, but I am saying that when laws start to be broken they need to intervene. There have been close to 400 meetings, surveys, hearings and lawsuits since this pipeline was first talked about. This pipeline has been fully reviewed and approved by all four states as well the Army Corp of engineers. The North Dakota Public Service Commission is also in support of the pipeline and has been involved in the review process from its start. This project has been green-lighted and the necessary permits have been issued for construction to begin. So why haven’t the protesters voice their opinion at these meetings instead of now.

So in conclusion, the pipeline is needed. It will not only provide a cheaper and safer way to transport the oil, but it will bring economic benefits to those states that it runs through. It will also bring much needed jobs to our nation. We must work within a system that respects the rule of law and the outcome of lawful processes that have run their course.