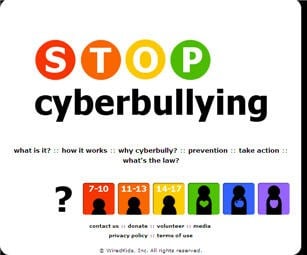 Imagine you find out some kids from your school created a Facebook page dedicated to making fun of you. How would you feel? See we were given a right, a right that is protected by the First Amendment to the Constitution; freedom of speech. What that means is we as the people have the right to say and do whatever we want without fear of censorship from the government. What we have witnessed over the years especially with the rise of technology and the web is cyberbullying. Since cyberbullying is new and seems to be recurring, people in power such as judes, Congress, policymakers, etc don’t particularly know what to do in situations where it involves schools. Popular social media platforms such as Facebook, Instagram, and Twitter, to name a few, are where people go to express themselves. But when does “expressing” yourself cross the line and become harassment?

Cyberbullying is certainly a controversial topic. There are those who believe it should not be limited and those who believe there are cases in which if it were limited people would receive justice. In the case of K.K v. Berkeley County Schools, K.K was punished for her “strong” use of speech. If the United States Court of Appeals, Fourth Circuit, were to rule that her actions were justified because it was her right to speak her mind it would be extremely unfair. K.K’s actions were not only NOT okay, but they hurt the person who the “hate website” was created about. K.K created a “discussion group” on MySpace.com and in the group they would talk about a fellow peer, S.N, and her “sexaul promiscuities”. In Tinker v. Des Moines, the Supreme Court decided that if a student’s conduct “materially disrupts classwork or involves substantial disorder

or invasion of the rights of others” it will not be protected by the First Amendment.

In a letter written to school administrators, the US Department of Education Office for Civil Rights asserted that schools should take an initiative to stop school-based harassment and discrimination. Those who cyberbully not only target pupils but teachers as well. Thus creating a hostile environment. In a political cartoon by Jimmy Marguiles, he illuminates the idea that there is cyber bullying happening to teachers and its happening more often. This can cause a teacher to not perform well when giving lessons or when helping students with classwork. Now, you might be thinking, How is it possible that teachers can be victims of cyberbullying? Well, it’s true. According to the Association of Teachers and Lecturers and Teacher Support Network, 15.1% of teachers experience cyberbullying, 38.6% experience reduced confidence and self esteem because of it, and 44.2% of cyber bullying is done by pupils.

As everyone knows cyberbullying is a widespread problem. It is one of the major causes for suicide and I believe, even if most of it happens off school grounds, schools should still have the right to punish those who discriminate others. As the US Department of Education Office for Civil Rights stated, “A school is responsible for addressing harassment incidents about which it knows or reasonably should have known”. Harassment causes a disruption in school and in most cases leads to more problems. Many people are afraid to speak up because of the fear that the person cyber bullying them won’t be punished. Students should not fear speaking up.

In conclusion, schools should be allowed to limit students’ online speech.

Hey Britney, I love what you talked about cyber bullying. It’s a big thing in this generation with technology growing and social media expanding there is so much bullying. I seen people be bullied through social media every single day. Everyone thinks it’s just us teen but no I see adults get bullied. You even brought up teachers, I see it everyday that a teacher gets posted and gets made fun of. It’s a worldwide problem and like I don’t see it going away and it’s true like its always going to be around. People should speak up some do but a majority just take it because society will just punish them.

Great article, Brigney! You had a very compelling argument, especially when you discussed how cyberbullying goes beyond the screens and carries over in person, causing disruptions in school. Based on your post, I think you would enjoy this article (https://learning.blogs.nytimes.com/2014/10/31/how-should-schools-address-cyberbullying/). I look forward to reading your future posts!

Wow Brigney, this post about cyberbullying is amazing. The details and the examples you used were so vivid and placed so well in your essay that it made the story line so clear. Whoever reads this genius essay their eyes will be open to the truth about cyberbullying including what damage and harm it does to students and teachers. Heres a website that I thought would help you continue your essay if you wish to expand your essay…https://www.stopbullying.gov. Thank you so much for your essay and ideas.

Dear Brigney
I am impressed by your essay “Cyberbullying” because you demonstrate situations that really happen. Also, using this strategy pulls me towards your side. One sentence you wrote that stands out for me is “Imagine you find out some kids from your school created a Facebook page dedicated to making fun of you. How would you feel?” I think this is strong. This gives strategy gives me a lot of emotions towards this situation. Thanks for your writing. I look forwards to seeing what you write next, because you add a lot of detail and real life situations. This gives a lot of persuasion on pulling me more towards your side.