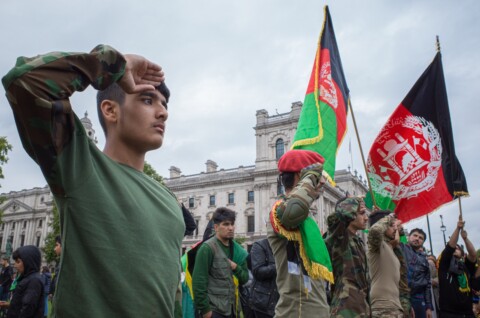 In the article, “Afghanistan Falls To The Taliban” I learned about the United States withdrawal from Afghanistan and what it has caused to the people of the country in the last few weeks. At the moment President Biden and his administration have formally announced that all U.S. troops should be pulled out and evacuated from Afghanistan. President Biden believed that doing so before September of 2021 it shall end the bloodshed and tears of countless more American soldiers. For instance, he believes that Americans shall no longer sacrifice their lives for a lost cause and a country that isn’t willing to fight for its own people. Even after the United States military educated, trained, and armed them in special tactics. Ever since this has gone underway the Taliban has quickly taken over the Afghan government, invaded the capital, and caused its people to try and flee the country out of fear of terrorism.

0
What do you think? Did President Biden make the correct decision of pulling troops out?x

In my opinion, I strongly believe that what is currently happening in Afghanistan is downright horrible. Although, I can see why President Joe Biden made the correct decision of pulling U.S. troops from the country. It isn’t right that our people shall be sacrificed for a country that isn’t willing to fight against terrorist groups. Our country can’t motivate nor have the power to force them to fight except for themselves.