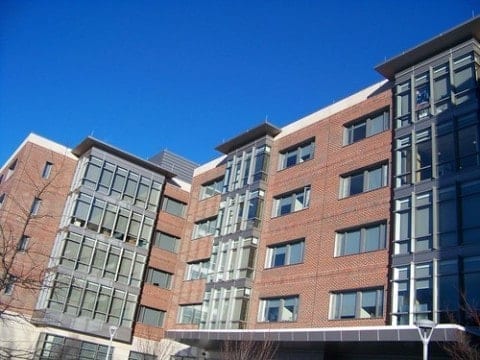 It is really hard to describe American culture for many reasons. First, it is something that seems everywhere but if only parts of the culture are discussed then other parts are missing. It is almost like it is so big and in every part of our lives, that it is hard to describe it in words. Second, how someone sees culture is different depending on your perspective. My grandparents, my parents, and even my sisters who are only a few years older than me think about issues very different than me. Perspectives of culture would even be more different if comparing people’s perspective from different countries and different time periods. Third, American culture is likely to change over time. Society is constantly changing and what is important and ignored is also likely to change as well. In earlier times, a lot of the things we considered to be normal and acceptable are completely against the law now. The slave trade was a significant part of early American society, but today even thinking about owning slaves is ridiculous and illegal. A good way to understand these issues about American culture is to consider how it has changed over time and how Stephen King’s book Misery represents some cultural values of the 1980s.

Culture is often reflected in the leisure and sporting activities of the times (Quora.com).  Many of the leisure activities of today have been around throughout history. People have almost always enjoyed playing music, going to plays and the theatre, and being active in sports.  Some of these activities are more popular at some points in time. Vaudeville was very popular in the 1900s, people liked playing music and reading books, and would go to the movies if they had money to do that (Genology.com). It is also really important to see how different parts of leisure and sports change over time. In the 1980s, music and fashion were very different compared to now and to the 1900s (Rollingstone.com). It was the first time where viewing music videos became very popular on MTV and celebrity culture was starting to be out of control (UShistory.org).  Celebrity culture is where we make movie stars or athletes as very important people just because they are good at football or play a part on television. Annie Wilkes, in the book Misery, is one of these types of crazed celebrity fans.  Her deep obsession with both Paul Sheldon and the Misery series is very apparent in almost every page of the book and it is her anger about how Paul treated the main character in the book that led to her torturing him.

American culture is also constantly changing and much of the changes that have occurred is because of how it is communicated. When describing the 1900s, many people discuss the lack of technology and many of the things we use today to communicate were not around (Quora.com). There were no telephones, no computers, and travel was so much more difficult. People ended up staying in certain places all their lives and worked at home or on a farm instead of going to college or traveling. People were not exposed to as much diversity and different opinions because it was hard to move around (List25.com). These issues impacted everything about how things get communicated, how fast people learn about events, and even who gets to talk publicly about issues. Women in the 1900s were not given nearly the same opportunities to be leaders like they are today and so we see many more and different ideas from them because of that (Quora.com).   It was interesting that Paul used a typewriter to write his books, something that is rarely used anymore because of computers. But it played an important part in the book because the typewriter Paul was using had a faulty “N” key and this got Annie so mad that she cut off Paul’s thumb.

Stephen King’s book was published in 1987 and there were many issues discussed in the book that reflected the cultural values of that time period. The 1970s was a time of hedonistic behaviors (Ushistory.org). In this time, people used a look of drugs and alcohol and did so in really dangerous ways. There was a significant backlash against these behaviors in the 1980s. The country fought a war on drugs, and drug use was very problematic and out of control, and problems with addiction were shown by discussing celebrities and other people who either died from taking drugs or had to go to a rehabilitation center. Len Bias, a famous athlete who died of cocaine use, was used to show the problems of drugs in society and among famous people (Robison).  It turns out that Stephen King struggled with addiction to drugs and alcohol and you can see the pain it caused for him in the book Misery (Avery). The book covers a lot about addiction.  Annie provided much pain to the main character. She abused him by doing things like, making him drink dirty rag water, slamming her fists down onto his crushed legs, depriving him from his medicine, and even more horrendous actions. She also at times took away some of his pain by providing him with medicine and pills. “Annie is described as a metaphor for King’s cocaine addiction” (Avery).  Paul was addicted to writing so much so that he came to hate himself for the characters he had created and decided to kill off one of his most successful characters. This is what got him in so much trouble with Annie because she loved Misery and demanded that he write her back into the story. Paul was also addicted to drinking and it was what caused a lot of his suffering because he crashed his car which resulted in Annie “saving” him. In the book, Paul discusses how being drunk or recovering from drinking hurt him and his life. However, Annie added to the list of addictions by helping Paul get hooked on painkillers as well.

The story would have been very different if Stephen King would have wrote it during a different period in history. The book was so successful because people could really relate to how fans and superfans tend to treat something that is just fiction like it involves real people or real situations.  Annie, being an example of a superfan treating fiction like reality, got very angry because Paul killed off Misery. Annie treated Misery like she was a real person and she forced Paul to try to bring her back to life. People in the 1900s could not have related as well to the story. It would be hard to believe that a fan might be that crazy at this time. There are other aspects of the story that would be hard to believe if the book was written at a different point in time. If the book was written today, it would be hard to believe that someone could drive off the road and not be found with GPS and other tracking devices. In addition to that, most kids in my generation have never even used and or seen a typewriter. Lastly, social media is such an important part of today’s culture that it would have to be written into the story in some way.

This book would not have been nearly as popular if it was written at a different time in American history. If the book were written at a more present time or even a decade before the time it was written the difference in cultural norms would have changed the book entirely. American culture is something that we often forget is there but it plays such a big role in every aspect of our lives. The culture of the time is often described by the things we do and use unconsciously on a day to day basis, for example most of us struggle to go through a day without using technology whereas when this book was written, technology was looked at very differently and there were very different values. In conclusion, American culture plays a huge role in society whether we notice it or not and the culture of different time periods is dramatically different.  Books, like Misery, provide a good opportunity to understand issues related to the culture of specific times.

Geneology.com.  “What was it Like for you Ancestors in the 1990s.”  Geneology.com, https://www.genealogy.com/articles/research/76_life1900.html

Quora.com. “What was American Culture like in the 1800s in Comparison to the 1900s?”  Quora,  https://www.quora.com/What-was-American-culture-like-in-the-1800s-in-comparison-to-the-1900s-How-much-had-changed-in-that-time