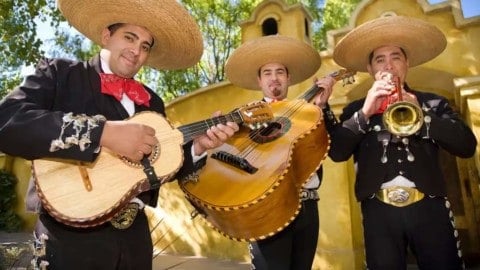 All cities have celebrations, but what makes the celebrations in Oakland so joyful, special, and inclusive? Oakland is a diverse city that shows off many cultures from around the world. Oakland’s celebrations that honor all communities, oppressed or not, make them special because they promote empathy and break down barriers between people.

Oakland celebrations are so special because everyone is welcomed and they can learn about each other. A 23 year old, after school art/photography teacher at Life Academy high school Aleah Fajardo says she likes to go to festivals/celebrations in Oakland. She explained, “ These celebrations should be inclusive because there isn’t only one group of people in our community so everyone should be able to celebrate no matter who they are” (Fajardo). Many people like to say or assume that these cultural celebrations should only be dedicated to the ones that believe in these celebrations but in Oakland they are experienced by many. When the entire community comes as one it’s so beautiful because people come in as strangers but leave with many new friends. Many families are smiling, eating, dancing, and playing.  The joy that these celebrations bring out are unexplainable. Many people enjoy writing about these celebrations. In Visit Oakland, an article that explains many activities one can do while they’re in Oakland explains “Dia De Los Muertos is a time-honored tradition. Families and friends come together to remember those who have passed with beautiful ofrendas(altars), adorned with orange Mexican marigolds, food and spirits. Oaklands diverse community celebrates this tradition with can’t miss events” (Visit Oakland). This website has included this celebration because when people come to Oakland they wonder what they could do and during the celebration seasons they can choose to participate in one. Many people enjoy these celebrations they even don’t go to work for one day! This tradition has been going on for about 200 years and the tradition to come and honor the lives of loved ones who have passed is important to Oakland. Altars are filled with beautiful bright roses that enchant people’s’ eyes who come and stand to see the beautiful decorations. These beautiful altars are open up to everyone. There isn’t one specific group that’s supposed to observe the altars everyone is welcomed. Going back to the point earlier Oakland Is a diverse city with many cultures from around the world. This is Oakland’s population! This is beautiful because when others open up about their cultures they share what they do and what they believe in.

However, though these celebrations are important and bring the diversity together they can also be dangerous because they can be an opportunity to enhance stereotypes. According to Fox News, a news corporation that is very conservative covered news about how Oakland was planning for a 5 De Mayo celebration. Fox News stated “The lengthy warning, titled “Fiesta Time or Jail Times,” about driving while intoxicated made many references to such drinks as tequila and margaritas, and many people complained it was  offensive” (FoxNews). Yes, drunk driving can happen in a celebration, but Fox news also deliberately mentioned tequila and margaritas in relation to a Latino celebration.Many people were affected by this news because they thought the celebration was going to get canceled. In conclusion Oakland celebrations honor all communities, oppressed or not, and make them special because they promote empathy and break down barriers between people. Many people are able to come out and celebrate these once in a year cultural celebrations.

This interview was about the cultural celebration in Oakland. Aleah Fajardo enjoys celebrations she goes to many and interviewing her was a great experience.

This interview was about the cultural celebrations and Maria Lopez gave her opinions about them. This source is credible because Maria Lopez is an Oakland resident who has been living in Oakland for 15 years and she enjoys these celebrations.

Fox News was talking about why the OPD crashed the 5 De Mayo Celebration in Oakland. This source is trustworthy because they revolve around uploading news and this specific one impacted many.

I found your post to be very relatable! I love how passionate you are about how important it is for celebrations to be held! I am Mexican-American and am from San Jose where it is very diverse so I could definitely relate to your post. I agree that traditional celebrations are very important to be held as they bring people together! It is apart of our culture and practicing it also keeps out culture and traditions alive. These celebrations are of positivity yet I also think it is sad how Fox News is taking this opportunity to enhance stereotypes. I’m glad the celebrations are ongoing no matter what kind of feedback it gets.

I love that you decided to choose something that you’re clearly passionate about. I find that community engagement and involvement IS something that is for everyone. The fact that you brought up such a controversial title that Fox decided was “appropriate” is very important when thinking about the impacts of words. This is generally something that not many people would be able to pick up, as it’s usually looked at as “a catchy way to be viewed.” In any case, I didn’t fully know what event you were talking about. It would have been amazing to describe the atmosphere as if you were there, to introduce the topic. When you mentioned the ofrendas and began to describe them, I could see them in my minds eye!

Did you attend the festival? And if you did, what other cultures did you observe respectfully taking part while there? I’d love to hear your story of being there if you have one!

Hey Mr. Ogaz thank you for taking the time out of your own personal life to comment on my post. Sorry I wasn’t very explicit I tried talking about the celebrations that I went to but I think it all got messed up. The 2 main focuses I wanted to point out were the 5 de Mayo celebrations and The Day Of The Dead celebrations. Yes I have gone to the latest celebrations! The recent celebration that happened in Oakland was the Day Of The Dead that happened around November and I decided to go. These celebrations are so beautiful like I mentioned in my blog you see many people come together as one. I did saw a good amount of cultures out. For example the food is all different. You go on one corner you have Mexican food. The other corner has Salvadorian food. Then you see Guatemalan food, etc. Not only the food but the music and the rhythm. While walking around you see the altars and those are honestly my favorite. They’re my favorite because people go out and decorate the altars with the objects their loved one enjoyed. These celebration really unite many others. Have you ever gone to any celebrations like these? If so I would love to hear back from your experience!

I love hearing about your passion for your community. That’s something that I think more people need to have, some passion for where they come from, and the inclusion of other cultures in these events. As you described all the different variations of the food, I can almost smell the intoxicating aroma! I haven’t personally been to one of these festivals, but that’s going to be something I need to change! I want to go to a Day of the Dead festival. What are some things that I should do while at the festival? I want to remain as respectful as possible!

Dear Imelda,
I really admire how you choose a topic that interested you. While reading your paragraph I agree with many things you had to say about how Oakland has empathy for all races. I really like when you say “ When the entire community comes as one it’s so beautiful because people come in as strangers but leave with many new friends. Many families are smiling, eating, dancing, and playing” I agree with this because while I was at a parade I made new friends with the people around me because we were bonding with each other and we were at a festival we both really enjoyed being at and I still talk to her till this day. Many things can come out of a cultural festival. I also admire how you speaked in very clear detail about this topic and your article was very interesting to read.

Thank you for taking your time out of your day to comment on my post. Choosing this topic to talk about was a great decision because now I see how many people relate to the Oakland cultural celebrations. I’m so happy you made a new friend while being at the celebration and it’s amazing to see how you’re both still in contact. I also made a new friend but the thing was that we lost contact and that isn’t a good thing since now I can’t talk to her. Making friends can honestly be hard but when you find a person with the same interests as you and you bond you can call it a friendship. Once again thank you for leaving a comment under my post!

I am proud of your work about “Cultural Celebrations in Oakland”, because you explain how these celebrations help out the community be together as one. One sentence you wrote that stands out to me is , “Oakland Celebrations are so special because everyone is welcomed and they can learn about each other”. I agree with you when you pointed out that Oakland Cultural Festival help out bring community together as one. Thanks, for your writing. I look forward to seeing what you write next, because talking about the topic of Oakland is really important for our community. We need to stand out for each other and create a supportive community

Thank you for taking your time out to comment on my post I really appreciate it. I really enjoyed writing about this topic because when the season of celebrations come around you see many commercials on TV about how fun they are and they really are. Many people have kept this tradition going on for so many years. Oakland is also a diverse city/community that brings in many cultures and it’s so beautiful. Once again thank you for writing a generous comment under my post!