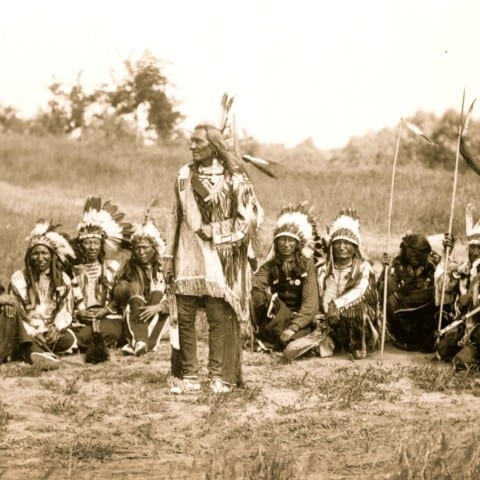 Cultural appropriation shows up a lot in American history and even now. There are some instances where it’s not intended, but it’s what happens. Of course, there are ways that people can appreciate their culture, but they have to be able to find a healthy balance. Also, to do that, people have to remember the actual Native American people. Because it seems that they are forgotten even though their images are everywhere.

In the first article, “Why Cultural Appropriation is Disrespectful” I learned that there are several ways Indigenous culture can be appropriated, and why it is so disrespectful. In many cases, some people love the cultures but have not taken the time to understand, therefore they unknowingly disrespect the culture. For example, the “sexy native” costume that is available every Halloween has some damaging effects. When women of another race wear costumes, it creates a very bad stereotype for Indigenous women and young girls. That can add to the violence of them, along with the large number who have been human trafficked. By wearing those costumes, they also are in a way disrespecting all those women and young girls who have died from situations like that and their families. Other things are not dreary, but still significant. For example, when people wear headdresses or buy clothes inspired instead of an actual piece. When they buy pieces of clothing from an actual Native American, instead of inspired by a large company, they are supporting them in a good and healthy way. “Don’t refer to a culture or a People as exotic. That emphasizes the “otherness” of them. To them their culture is not exotic, it’s who they are and what is important to them.” “Don’t amp up or modernize aspects of another culture because by doing so suggests that the modernized rendition by a non-Indigenous entity makes it better.” Those two quotes show a start to how people can respect Native American culture but still appreciate it.

In the second article, “Native American imagery is all around us, while the people are often forgotten”, I learned that throughout the United States, there is cultural appropriation of the Native American culture. It’s seen in many different places, like schools, sports teams, clothes, and many other different things. For example, there are hundreds of schools in America that have a Native American as their mascot or Indian in their name. Although the culture seems to be used everywhere, many do not know the true meaning of each item used, or concept. A lot of the time, people are forgotten and not considered when creating these items. According to the article, “Indians are less than one percent of the population. Yet images and names of Indians are everywhere.” “SMITHSONIAN NATIONAL MUSEUM OF THE AMERICAN INDIAN, “AMERICANS” EXHIBIT, ON DISPLAY IN WASHINGTON, D.C., UNTIL 2022.” I learned that some people in the United States feel that it’s okay to make fun of the Native Americans and that sometimes it’s ignored. Including the President of the United States. According to the article, “The ideals and people of the United States are better than this history. Yet it often still seems OK to mock the first Americans. A president can slur a woman with “Pocahontas,” and it’s not career-ending.” This quote speaks to how Natives aren’t protected and taken advantage of by those in power, and others.