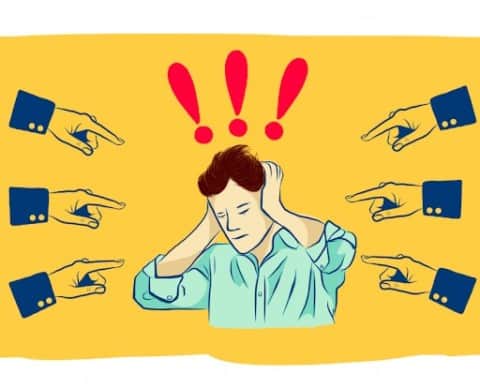 So far, the plot in Wonder reminds me of the world.  In the book, he says that August when he attends school feels very strange since he had never attended a school. After a few days of August, he started to get used to it a bit. August met Summer who was now his friend. Halloween was coming and Sammer asked August what he was going to dress up. August said he was going to dress up as Boba Fett but ended up dressing up as Scream.

When Halloween came, everyone was dressed. August entered his class and sat next to Jack and Julián but as he was in disguise, they didn’t even realize it was him. They started criticizing August and August was listening to everything. August became very depressed that he ended up leaving the classroom without them noticing. When he came out he was crying but under the mask.

The plot reminds me of this because In the world there are many people who criticize their physique when their physique does not matter. Furthermore, I consider that society is mentally very bad because we always have that habit of speaking or criticizing someone without first knowing them, especially when they are people with deformities, or do you think that we are well mentally?

I am impressed with your post “Critics” because it society has come up with what a person must look like and if they find something that they do not like or understand, they start to criticize that person for who they are. It does not matter to those doing the criticizing because they see it like just sharing their opinion but those types of comments are hurtful and make people insecure.

One sentence I felt a connection to was ” August entered his class and sat next to Jack and Julian but as he was in disguise, they didn’t even realize it was him.” I think this sentence is powerful because people will not speak upon your name in front of you, they will talk behind your back. It is so hurtful for the one being talked upon and seeing August being kind and friendly doing nothing bad and seeing those around him feel the need to disrespect him.

Thank you for writing. I will look forward to seeing what you write next, because it is very important how bully can alter someone’s life.

I am surprised with you post ” Critics” because I think it is a bad idea to criticize other people since these people can be affected by our opinion or criticism about it.

Thank you for you writing. I look forward to seeing your next post because it was very interesting to me. And many people can be affected by negative comments from others.

I am excited with your post, ¨Critics¨ because it is not good to criticize other people. Most of the time they hurt that person they are criticizing.

One sentence you wrote that stands out for me is ¨ August became very depressed that he ended up leaving the classroom without them noticing¨ i think this is important because so other people can know when they hurt others with their comments.

Thanks for your writing. I look forward to seeing what you write next, because this is very important for the world to know that they can hurt other people with their comments.