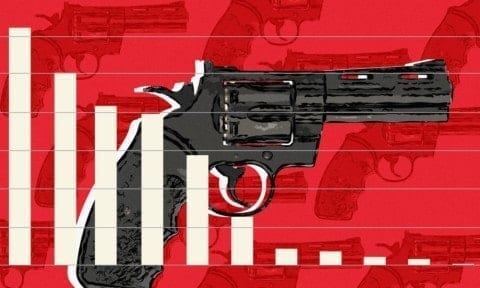 Hello! Your article contains very important information and you did a really well job of explaining the dangers of gun violence. The examples and evidence you used supported your ideas perfectly.

Dear Jesus,
I’m a student at SJSU, and after reading your post, I was compelled to find out more about the reasons as to why Oakland has so many issues related to gun policies. Why are the people so fixated on the usage of guns in Oakland? I feel like your post issues a strong statement to nonviolent approaches, while also addressing the benefits that guns and a knowledge of guns have for the public, which is great! Many, especially in California, are not familiar with dealing with guns nor dealing with people who have guns, and you have solid evidence to back up resourceful solutions!

“But if the Oakland community wants this to change they need to change and that means helping people if they need help and by convincing people that killing one another is not the right answer to settle arguments and that there are other ways to settle arguments.” To respond, I agree completely, in that the decisions the Oakland community makes requires the conviction of the overall population in Oakland. However, I do feel that there is a need to dive deeper into the motivations of the people who feel the need to use guns in Oakland. From there, I feel that the process of finding and incorporating a positive solution for the needs of Oakland could be better addressed. Your solutions are quite practical, but I feel like there is a disconnect towards responding to the worries and stresses that many still have towards gun violence. Awesome writing, Jesus! Thanks for the read!

What I like about this blog is that you state the problem and then discuss possible solutions. While I think those answers are certainly viable options, I think your article could benefit from digging deeper into the ‘why.’ Why do you think crime/violence is occurring at high rates within Oakland? I suggest you do some correlative studies to look at the factors associated with high crime. Such variables may include: single-motherhood rate, socioeconomic disparity, graduation rate, etc. Maybe high crime rates are linked to these other factors, too. If you can narrow down the ‘why,’ then you have a much higher chance of figuring out the ‘how.’

Hi Jesus,
I really liked your post because you were able to back up your claims with various types of evidence such as tables, graphs, and statistics. I also like how you offered two solutions instead of just one! I think you would like this article about gun violence solutions https://www.vox.com/policy-and-politics/2019/7/12/20679091/thomas-abt-bleeding-out-urban-gun-violence-book-review . It reviews a book that offers solutions to gun violence in cities.

Dear Jesus,
I think your post was good and influential in a way because you brought up the fact that somebody traded in their gun because of a shooting. A line that stood out to me was ”I’ve got kids, man,” said Hurtado, who works at Waste Management in Oakland and has children ages 14, 10, 6 and 1. Hurtado was among hundreds of Bay Area residents who dropped off their firearms at buyback locations in Oakland and San Francisco on Saturday, collecting $200 cash for their weapons, no questions asked.”(Berton). This shows that people have empathy and are willing to trade in their guns for money and it’s a helpful way to prevent like shootings. I agree with your point about returning guns because your able to reduce the amount of people that have guns which can make oakland safer. Thanks for writing and keep it up.

Thank you so much for reading my blog. The part of your comment that stood out to me was when you said that selling their guns is a good way to prevent shootings. A question i have for you is if you have any other solutions that could also help prevent shootings? Look forward to hearing back.