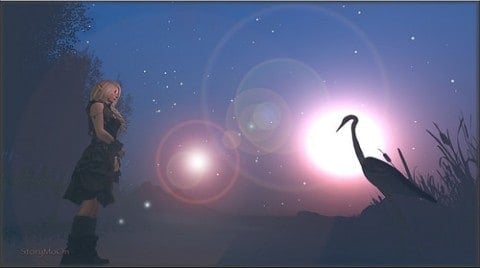 I Believe … Creativity is one of the most important things in life because if we didn’t have it then life would be even more difficult. It would also be a lot less fun, for example if people didn’t have creativity then things like trains, bikes, phones or even games wouldn’t have been made, that would also mean that creativity wouldn’t be able to grow even more than what it is now, it wouldn’t be able to spread to others for everyone to enjoy. I believe one day someone will have so much creativity inside them that they will try to make something never before seen or things people just think that are made up or impossible to do.

But everyone always says that and yet there always proven wrong another thing I believe is that everyone  in the world will have creativity and make something special for themselves or for the people they love or even random people you just meet. I hope I’m still alive the day they make it so I can live my dream before I die I also have two other dreams ones about creating my own game with my friends. I believe it would be amazing because in the game you would be aloud to create whatever you want but you have to collect all the materials by yourself or with friends and fight monsters that drop them or some that are guarding them. Some of the monsters would be too strong for one or many people which will force people to get creative on how they would  take down monsters.

They could also get creativity on how they themself look, they could even make there on skills by adding their achievements together to make it, they could even chose what they are and last but not least they could even create monsters, people or things from other races if they wanted to. This game is made for people who have creativity it also decides how strong you are in the game and my last dream is to create my very own manga for everyone to enjoy I also  hope it gives other people some creativity to make their own manga and so they also would wish to make it into a anime and spread joy to others so they would make something with their own creativity.

Also creativity isn’t just one thing and it doesn’t always have to be important to others or to yourself for example when someone creates a doll they don’t usually care about what others think about it and sometimes they don’t either it just the fact that you can create something. Also the other things that people can be creative about is making friends or being kind to others which I do all the time but there’s some people who use their creativity to make clothes, watches, art even doing other peoples makeup. some people might like to be creative about pranking others some are funny but some aren’t but that is still them being creative.

One last thing before I’m done creativity can be used to make people happy and spread joy but it could also be used for many other things that could hurt others. But I believe you shouldn’t use your creativity to hurt anyone so make sure you only use your creativity to spread joy then I  believe everyone could be happy with their life and if there was someone down in the dumps and they didn’t want to do anything and they just wanted to give up I hope others would think of creative was to pick him back up and to keep him up.

Image: “Creativity is the Blue Heron within us waiting to fly; through her imagination, all things become possible.” by Cate Storymoon on 2014-10-06 10:33:52

Hi Erik!
I absolutely love this. I agree that creativity is one of the most amazing things in the world. Without it, we wouldn’t have some of the most wonderful ideas that were created for our day to day use. Without creativity, our dreams wouldn’t be able to become a reality because we wouldn’t have dreams. When we read books, we would just stare at words and not watch the characters come to life through the pages. If no one had creativity, we wouldn’t even have these beautiful books in the first place. Creativity is vital, and we must do everything to keep it safe.

Hey Erik! I believe creativity to be a major part of everyone’s life. Creativity can be big or it can be small. It can be positive or it can be negative. No matter its form, it is always prevalent. It is because of these beliefs that I found your post to stand out. I loved how you mentioned the creativity inside of everyone and the ways in which you applied this creativity to the real world through inventions throughout history. I agree that our world would fail to grow and change without this fundamental element. In saying that, I believe it to be highly important that we continue to nurture and encourage creativity throughout our world. I hope to hear more about your ideas concerning creativity! Thank you!

Erik, I found your thoughts on creativity fascinating. Human creativity is often taken for granted even though it is an integral part of our culture and society. As you pointed out, it has allowed us to create unimaginable things that have changed who we are. Creativity is also a very personal trait, something that can mean the world to us but nothing to someone else. Like you, I believe this trait makes us unique. I enjoyed reading about your game. It allowed me to glimpse your creative spirit. I hope to continue to share your ideas and pursue the creation of your game.

Hi Erik, I really enjoyed reading this piece of writing. I love expressing my creativity and incorporating it into everything I do. I agree that its one of the more important traits one can have because it can be applied in multiple areas throughout one’s life.

Hey Erik. I really enjoyed you ideas around this topic. I wouldn’t consider myself to be very creative, but it is something that I definitely need to work on. I hadn’t thought about a lot of the examples you brought up, and I definitely will think about those in the future. I hope to hear you again!

Erik,
I really enjoyed your analysis of creativity and hearing about how big of a role it has in your everyday life. You are absolutely correct when you say that life would be more boring if creativity wasn’t a major part of peoples’ lives. Inventions that further progress and make the world a better place are all results of the fruits of creativity. Thank you for writing this reflection on the beauties of creativity.

Erik, this was very moving. I like the approach you take to the fundamental human nature of being creative. You say it is the most important thing to hold on to because it can lift others up at the same time that it lifts you up. Any creative process indeed is a way to feel better or make others feel better, and it is that shared creativity which makes the world a better place. You mention manga and anime as two examples of this, and it is easy to picture people feeling better as a result of these. But think about all the creativity that goes into designing buildings, roads, and even new gadgets. This is where design and creativity meet to form a self-perpetuating process of social betterment. This is why I want to be an engineer. It would be cool to look into ways that people get creative with seemingly mundane problems–I think a mind like yours would really excel here. Keep up the good work, and never stop creating!