Could there be a cure soon?

Home Could there be a cure soon? 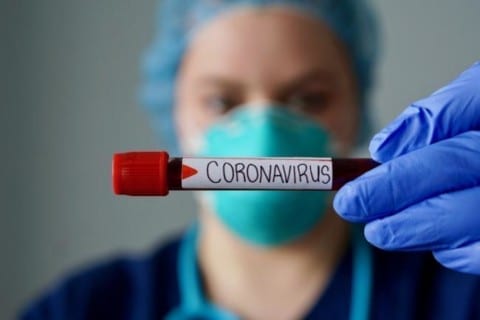 It has been about 7 months that many of us have gone into quarantine mandated by the government, due to the increasing COVID-19 cases. And even though it was to protect all of us, it has had some major consequences which has affected many. For example, many businesses crashed and many stores closed, causing unemployment rates to surge.

Other events such as this, have contributed to the decrease in our economy. Not only has COVID-19 affected our economy, it has also affected our social life. Since, we aren’t physically attending school, that means we haven’t had the opportunity to socialize with other our age as much as we used too. We’ve missed out on birthday parties, reunions, graduations, funerals, concerts, games, and other important events.

Most importantly, we have missed out on months of human interaction in person. We’ve had to adapt to our new environment with masks, hand sanitizers, and gloves. But many of us ask ourselves, ¨When will all of this be over? When will there be a cure?¨

Well, according to Upfronts newest issue, ¨A Race For A Vaccine¨, they talk just about that. They go over about what the process of creating a vaccine would look like while, and after its been done. First off, a vaccine or cure would need to be made. Which could take up as long as a decade. There are many laboratories and doctors currently working on a vaccine. And if a vaccine were to be found, it would first have to be tested on humans. Side effects and other things would have to be noted, if there were any. If any were present, it would have to be worked on again, but if it didn’t then the process would continue. After this, it would have to be recreated and distributed around the world to other laboratories and centers. And to give the vaccine, millions of tools would be needed such as syringes, needles, and viles, and much more things,; which would could take a long time to get them since people all around the world would be needing them as well. Another thing to take into consideration is that not everyone will be receiving it at the same time. Doctors and others frequently exposed to the virus will be first prioritized in receiving the vaccine. It could take a couple of years after the vaccine is released to the public for thinsg to go back to normal, or at least be kind of normal.

But there is no doubt about it, a possible vaccine that could cure the COVID-19 virus would drastically improve everyone’s lives. Unemployment rates would decrease, hopefully, students would be able to return to school, and everyone would be able to be in the presence of others without being afraid of spreading or getting the virus. Life could go back to being somewhat normal than what we’ve all experienced in this last year.

Hey Diana, I like how you included how this whole situation is worse than just staying inside though you did include the fact that we haven’t had any human interaction, but also how small businesses have to close down, Hopefully we get a vaccine and distributed properly in 2021.

Seven months have passed and the whole world is in quarantine. The world is in quarantine because of a sickness called COVID-19. We have been missing on interactions with other people for months now. A vaccine for this sickness could possibly take decades. To make this vaccine you will need a lot of tools and a lot of research. A vaccine for this COVID-19 would change everyone’s life and everything would go back to normal. What I learned from this is that Covid-19 is a serious thing and we all need to take responsibility in this and protect each other.
Can make a vaccine really take more than a decade? How is everyone living in these terrible times in the world? How long will the people be in quarantine? Yes, making a vaccine can take more than a decade due to it using a lot of tools and a lot of research. How everyone is living is by staying 6 feet apart from each other and have no contact with another. As of right now, no one knows how long this quarantine will take it can take up to years until they find a cure for this sickness.

Dear Diana,
I was very intrigued by your post about a vaccine for COVID-19. I agree with you that by a vaccine getting created it would change the world drastically. It would let us humans go back to normal without having to use masks and businesses being able to reopen again. Although many of us want this vaccine to come out faster we have to keep in mind that for vaccines to usually be effective and safe it goes through a lot of tests and precautions which could take years or sometimes decades.
-Litzy

At this point it’s almost been 8 months with no cure or vaccine. It can take another year to get a vaccine. They haven’t even started to run the first trial yet. Hopefully they get a cure ASAP and save lives.