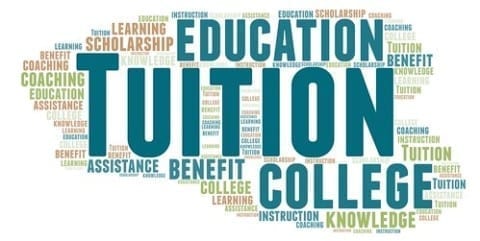 College tuition in the United States has increased exceptionally since the 1980’s leaving many American students seeking for a cost-effective way to pay for a college education. The concept of student loans has been problematic as it has left students with more debt than they could pay for with the jobs available right after they obtain a college degree. However, in an article written by Danielle Douglas-Gabriel, she presents a new solution to pay for college tuition: Income share agreements (ISA’s).

An income share agreement is a new theory for college tuition aid in which the college loans a student money for a portion of his/her future salary to be paid over a fixed number of years. Few schools have instituted ISA’s into their financial aid policy including Purdue, Point Loma Nazarene University, Lackawanna College, and Clarkson University. This method is seen to be more reasonable than student loans as the money is owed by the student once the student achieves a stable job. However, this requires a shared responsibility from both the college and the student in which the college must ask for these payments, and the student must pay them off.

As Douglas-Gabriel presents, there are some issues with instituting ISA’s. One factor is that the money owed to colleges might amount to more money than a student loan. For example, if two students must pay 5% of their earnings for five years on a $10,000 agreement and the first student’s job has a salary of $30,000 and the second student has a salary of $60,000, by definition of the agreement, the second student would be paying much more money than the first. Another factor is that ISA’s might be more effective with students in jobs that make more money. At Purdue, a premium is placed on students in science and math majors because they are likely to make more money in their future job. These students pay a lower percent of their future income for a shorter amount of time solely because of their chosen major. This creates inequalities among the students, especially among those not majoring in math and science.

I believe that Douglas-Gabriel presents a good solution to paying for college tuition, but I believe it can be improved. I believe that the proposed solution may put minority students at a disadvantage since many of them do not major in science or math or attain a job that makes a large sum of money, which would make it harder to pay off an ISA. In my opinion, a solution to lower tuition should be effective across all students, not just a select group.