Could humans eventually live on Mars? 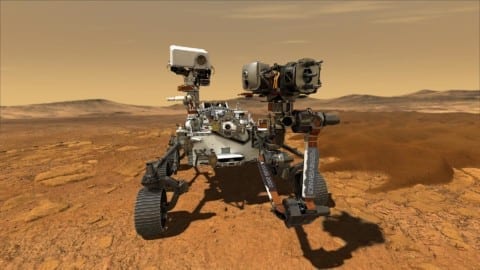 Going to Mars is a serious topic. Space experts are debating all over the world whether we humans should go to Mars or not. We believe that going to Mars is a bad idea. For instance, it is very dangerous and humans are not ready to go to Mars.

To start, traveling to Mars is a very dangerous task. Mars is a very long way from Earth, and the weather would be treacherous. Mars has hostile living conditions such as dust storms and asteroid activity which can be very harmful to Mars’s thin atmosphere. In the article by Amanda R. Hendrix states that “Without the protection of a thick atmosphere like we have on Earth, these particles can cause cancer and even brain damage.” These are just a few of all the dangers that can occur on Mars.

Although you feel that sending humans to colonize Mars it’s a bad idea we see some good points from the other side. For example, It would pave our way for future exploration. If we are capable of colonizing Mars, who knows what else we can accomplish! Also, even if we humans cannot explore Mars, we could send robots to do that for us just like Amanda R. Hendrix said in the article, “…robots have been extremely helpful in studying Mars; they discovered ice below the planet’s surface…”. Even though all of this is true, it is still not the brightest idea. Although sending robots to Mars could do exploration for us, it is still not the same as humans doing so. Humans would be able to accomplish exactly what they planned to do and observe exactly what they are looking for.

In conclusion, We believe going to Mars is a bad idea. For example, it is very dangerous and it is a complete risk and we just can’t take that chance. The Mars expedition has many obstacles and difficult challenges. Therefore humans shouldn’t go to Mars.

Dear rosa
I am really interested in your post ” could humans eventually live in mars” Because I never thought going to mars is bad for humans. I agree with you that mars is every far away from the earth and that the weather is different than the earth. I Think they send robots to mars so humans won’t be affected. I think that when they send robots to mars Its benefit for the people because they would probably not stand the weather that there is in mars.

i believe that sending robots should just be the government’s main focus because it wouldn’t be affecting us and we could learn new things about the atmosphere in mars. I also liked the way you explained it and also that you were realistic. Although humans going to mars they can accomplish their main focus and look for what exactly they are looking for it is still a huge disadvantage and risk they are willing to take when we should take extra precaution.

Dear Rosa,
I am very intrigued by your post because I never thought scientists would want humans in mars. I agree with you that humans going to mars is such a bad idea, it’s very dangerous. Although humans going could accomplish their main focus and look for what exactly they are looking for it is still a big risk. Maybe sending robots should just be their main focus because it wouldn’t be affecting humans and we could learn new things about the atmosphere in mars.
-Litzy

It’s true, there could be advantages and a lot of disadvantages, space exploration has never been cheap and maybe in the future it would be, now just robots are in mars but in a future we don’t know yet. It remembers me a video game called Planet Base, is about making a base in other planets, one of them was mars, but there the hurdles were not very big. I liked the way you explained it and also that you were realistic

Missions on Youth Voices
wpDiscuz
5
0
Would love your thoughts, please comment.x
()
x
| Reply
Log in with Facebook
or