Could God be a woman?

Home Could God be a woman? 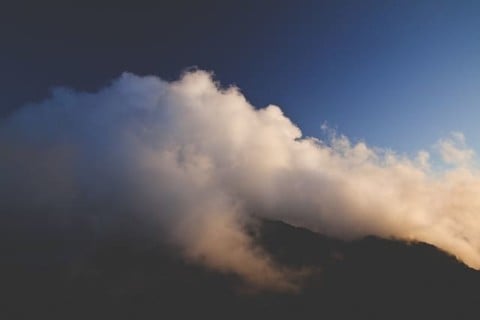 Although there are countless religions around the world, something almost all of them have in common is God. God forms their daily lives and tells them what do, how to live, and who they are. God is at the center of religion and even though in many of religions Gods vary, they all are the root of their religion. My question about this subject would be, could God be a woman?

In Christianity God is said to be a man throughout the bible. God is often referred to as “father” or “him” and always as a masculine term, giving readers the idea that God is a male. Although it is a common trend and belief, if you look closely in John 4:12 it says, “no one has ever seen God; but if we love one another, God lives in us and his love is made complete in us”. The fact that no one has ever seen God leaves the subject open for speculation. Again in Exodus 33:20 God says, “You cannot see my face for no one may see me and live” meaning only when someone goes to heaven will he or she be able to see God. When looking at the bible closely I realized that nowhere does it say that God is a man, it says we are “made in man’s image” but that phrase of man just means humankind – both men and women.

Because it is not definite that God is a man he could just as easily be a woman. In the bible there a few reference that may suggest God is a woman. The Old and New Testament explore the feminine nature of God for example they have examples of god giving birth in Deuteronomy, examples of God breastfeeding in Isaiah and Psalms, and many where God demonstrates maternal kindness in Hosea, Isaiah, Deuteronomy. At one point in the bible God actually goes as far as to take on the role of a slave girl washing the feet of his disciples. These examples of a feminine aspect to God provide the reasoning that God is neither a man or a woman and could easily be both, one of them, neither or whichever we want God to be.

That is true, every religion is based on a higher power but its all interpreted in a different way. Buddhist believe once you reach enlightenment that you become one with yourself, beings around you, and the ‘divine energy’ that created this Earth. Christians look at it as just a God that is male but can fulfill both needs as a female and a male. This topic is really all about perspective. How I look at is, its just an entity full of love neither male or female. The only reason why God is said to be male in the bible is because when the bible was made, during that time period males were more respected than females. A female couldn’t be ‘in power.’ This entity or energy that we speak of can give love as a mother and love as a father there fore, the lord is no gender. Just simply love.

Thank you for sharing this post! Loved reading it, made me want to discuss many topics. 🙂
– Abi

This is really interesting and something I never really put much thought into because I am not very religious. If I had to say what gender God is I would love to imagine God as a woman. God is supposed to be this all loving being and I think the caring nature is closely connected to that of a woman. Im not quite sure whether God has a specific gender at all though. I think God should be seen however someone wants to see God. My God may be different from yours which could be different from another persons God. I think it is important that people view God in a way that is the best for them as an individual.

Great article Abby! This question was never brought to my attention until last year in religion class at my private, Catholic high school. It seemed to be a very touchy subject to be discussing especially since Catholicism places importance on the domination of men over women. I agree with your viewpoints on how God can be both a man and a woman. Another point to reflect on is, during the time the Bible was written, people did not view men and women as equal, women were inferior. Considering this, if God was referred to as a woman he would not be taken seriously. Opening the world to another way of thinking about God, and learning to accept God whether he is female or not is something that everyone should consider.

I really like that you are questioning this, I think it is a really cool thing to think about. I think that while God doesn’t actually have a gender, God is portrayed most often as being male, and it causes us to see things that way. Most of the time females are wrapped into the idea of God it is when they are supporting characters to whatever God is doing, especially in the Bible. I think that God could be male, female, neither or both. However, on a personal level, I think everyone should see God in whatever way makes them the most comfortable, whether that means they see God as female, male, non existent, as a force, or anything in between. Great article!

I believe god could be a female but I believe god is both female and male. We do not even know if there is a god, but if there is I believe he is equally everything. Here is an article you can read about gods gender identity, https://www.focusonthefamily.com/family-q-and-a/sexuality/god-and-man-as-male-and-female-implications-for-gender-identity. It is 2017 we do not need to identify if god is female or male. We do not assume gods gender.

Wow, what an interesting theory! I love your specific examples- they really helped guide your point along. This post is filled with so much feminism without directly calling it out, and I just love your question. Good job!