Cost of Higher Education in America 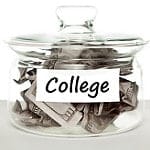 In our lives as an American we all have the right to an education. I think that we all should also be able to attend higher education at a lower expense. I believe this because many colleges have started to raise their prices. According to the College board,a four year tuition and Room and Board average price has increased by $1,838 since 2010. Therefore, many people are deciding not to apply to their dream colleges since the prices are so high. Many families have enough money to live from but don’t have enough money to send their kids to college since the cost is extremely high. I think that the cost of college isn’t fair because most people in the world go to college for at the least an undergraduate degree. College should be a reduced price for an undergraduate degree since everyone has one so the playing field is equal. I think that for graduate degrees the cost is acceptable because you are trying to advance your studies in a particular area to get into higher specialties. I think that if we do not change the prices of college people will less likely go or they end up with student loan debt for the rest of their lives. Later on in our nation if we don’t change the prices we won’t have enough people to fill important jobs. For instance we may not have enough people working in the medical field, engineering field, law field, and many more vital fields that keep the nation functioning in the best way possible. If colleges reduce their prices they will not need as much scholarships.Colleges will then have money to give to pay professors as well as other expenses and upkeep. The president should construct a law that has a maximum price they are allowed to make students pay which will allow more students to attend college. Another thing that the president should consider after some national debt is paid off, is to increase the amount of money they give to fund colleges and universities. If we change the cost of college I think that many people will be able to follow their dreams and the world would become better place. Changing the cost of college may allow our nation to lower our national debt and allow us to do more things to help those in need of financial assistance.