Cost of College: Is it Worth it?

Home Cost of College: Is it Worth it? 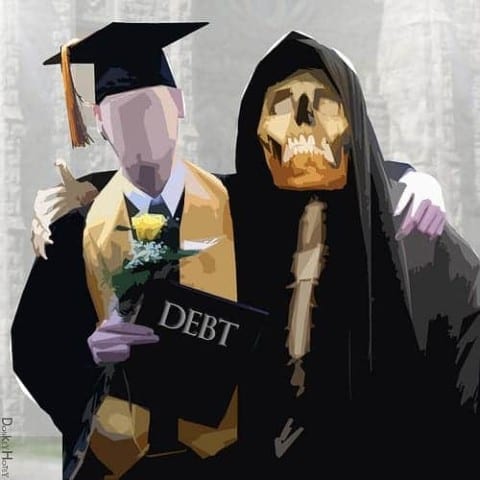 The cost of college is a major issue in today’s youth. This year’s political candidates have brought up this issue a few times, but only Bernie Sanders viewed it as a top priority issue in today’s society. Some say the cost of college is much too high, and inhibits many kids and graduates from getting the education they feel they need. On the other hand, some say that college isn’t for everybody, and that only those who put in extreme amounts of work to stand out from their peers deserve financial aid. New York times provides an interesting view on the situation, and it helps us understand how the expense of college is so much different than it has been in the past. They said

Now the median family income is $64,000, nearly the same as it was in 1974. Median house prices have raised by two thirds however, and the car prices held steady. But the big hitter is the raise of the price of college. “Tuition at a private university is now roughly three times as expensive as it was in 1974, costing an average of $31,000 a year; public tuition, at $9,000, has risen by nearly four times” (NY Times). This obviously is a massive jump, and it draws out the question, is higher education really worth it in today’s economy?

Hello Jack, this article that you made, really made me wonder if college can be worth the money. Of course I would love to go to college but I feel education should be reasonable and fair for everyone. But if the price continues to get higher over the years. Then would anyone even go to college? This article and your topic is very interesting.

In my opinion, the cost of Collage is way to expensive. Student loan debt is now at 1.3 Trillion and growing every second. Many people go to collage to get a good paying job but after 20 years being out of collage are still paying off student loans and living pay check to pay check. The average income is 50-61k a year, after buying the necessities for collage and collage it self, most people owe around 100k+ . Sometimes for some people collage isn’t a choice due to the cost of education.

I believe that education should be available to all. I think that tuition and the stress with money shouldn’t prohibit anyone from receiving an education. I stand with Bernie Sanders’ ideas that he proposed while running. I think that many of them reflect what we need as a society today, not a society from 50 years ago.