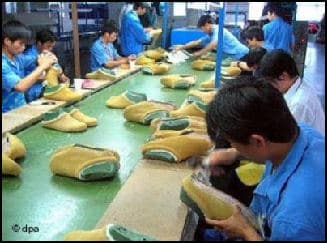 My topic for my research paper has morphed from an informative essay regarding the ways in which colonialism has ultimately ruined the mix of other cultures to an argumentative essay about how American corporations have taken advantages of the difficult political and economic situations of other countries by residing there. Setting up camp in third world countries, while financially smart is what is contributing to the suppression of other cultures by ours. Many, especially the corporate leaders of our nation and others like it would be able to argue against the point I strive to make, but I am arguing on behalf of those in those countries becoming subject to corporate settlement in their often small communities.

The first paper I decided to analyze is called “A Mirror on the Turn of the Century” by Alfred J. Smuskiewicz. After trying for a long time to find this on the annotation website Hypothes.is, I decided a summary and reference to specific lines in the text would suffice until I can find this on that website. The second, third, and fourth sentences in the first paragraph hit on one of the main points to my argument: “Some people have become rich by exploiting these new technologies, while others have been left far behind. Economic inequalities and other grievances have led to war in many parts of the globe. But in the United States, a robust economy at home and growing influence abroad have generated a great deal of confidence.” This is vital to my thesis, because it takes the focus to the perspective from the various sides to this situation. While this fails to be the paper I chose to annotate on Hypothes.is, I thought it was a great resource for better explaining the point I am taking. The hyperlink is provided below in case anyone would like to see the work of Alfred J. Smuskiewicz on this topic.

The other resource I chose to use for this blog post is from BBC News about Trump’s hopes for reforming the tax code which applies largely to big companies. This would overall decrease the amount of rules and regulations, ultimately leading to the encouragement for overseas settlement of these large corporations. The hyperlink is provided at the bottom under “Hypothes.is Annotations” and contains all of the notes I made on the article. While this may seem far-fetched for the thesis I went over earlier, it is vital to the background and reasoning for the settlement of American powerhouse corporations in other places. There is a solid argument on each side in this case, and I have just chosen to take the point of view of those with a less heard voice. Overall, the pattern of events I have observed on the news throughout the past many years is that countries (often third world) can become so infected with corruption when large U.S. companies and politics interfere with the former cultures and ways of the nation. The example of this happening that caught my interest in this topic was about Zimbabwe and how white settlers colonized the land and relegated those native to lower status when it was their place originally. This suppression of such a unique and rich culture drove a corrupt leader to power who killed many, grew more wealthy, and rigged the elections for over 30 years until November of 2017 when he was arrested.This all originated from the European imperialism here, and would have most likely not been a problem had they not taken over and if they hadn’t treated this people so horrifically. This example of colonialism from earlier times draws parallels to the way power and money is handled in modern times. I believe that it is relatively easy to recall times in our world from the past 5 years when a people have been taken over by a company looking to manufacture and do business is a less expensive land and have then been screwed over. This is the main topic I will use to do my argumentative essay.

“A Mirror on the Turn of the Century” by Alfred J. Smuskiewicz: https://www.worldbookonline.com/student/media?id=sr601002&st=corporate+imperialism

Sophia,
I really enjoyed your piece. I think it is a unique story and many different ideas will come from it. The evidence you shared was very interesting and I think will help you will further topics in your essay. Specifically, I looked at your link to your annotations on “How Does the US Tax Plan Compare to Other Countries?” What I found most interesting was one of the annotations you had saying that if we followed the Republicans opinion on taxes, they would decrease by 20%. Your essay is coming together great, keep up the great work.