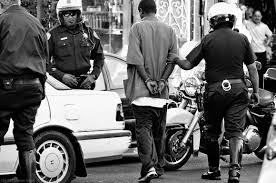 One concept that has been paved in American minds is the American Creed. The American Creed includes the ideas that lay the foundation for American culture, traditions, and beliefs. The main moniker we have been given is “the land of the free”, however, is that truly an epithet America deserves? After reading the novel The Hate U Give, by Angie Thomas, I can confidently say that America is not worthy of this title. Multiple statistics and personal anecdotes visibly reflect the absence of this belief.

A recurring problem that has plagued the country is police brutality, especially towards minorities like black people. In the story, Starr, the main character, suffers a loss of her friend, Khalil, due to police brutality. This scenario isn’t too far off from the real world. Justin Feldman, a social epidemiologist at New York University School of Medicine, claims that “the number one thing it comes down to is a lack of accountability by police departments, both legally and politically” (Khan, 2019). This is proven clear by the fact that about 1 in 1,000 black males are killed at the hands of police at a repeating rate, according to a recent analysis on death from police officers, along with many other minority groups, such as Native Americans or Latinos (Khan, 2019). This not only highlights a large number of Black people who are being oppressed, but also negligence of action on the government’s part to stop this oppression.

There are multiple other statistics that show an obvious amount of injustice towards black people. Data collected over 20 years in Missouri from the ACLU showed that black drivers were stopped 85% more than white drivers and had also been shown to have been given disproportionate force with these black drivers (Wilcox, 2018). The NAACP collected statistics that reflect a series of these kinds of injustices. For example, African Americans and whites use drugs at similar rates, but the imprisonment rate of African Americans for drug charges is almost 6 times that of whites. The website also said that African Americans are incarcerated at more than 5 times the rate of white people, and, in 2014, African Americans constituted 2.3 million, or 34%, of the total 6.8 million correctional population (NAACP, 2019).

Mere numbers cannot make up for personal experience and trauma. Josh Bills was casually living life in Missouri until he was approached by five police officers due to a call about a “black man; black clothing”. Although cooperative, he was forcefully pinned to the ground having his head smashed to the concrete. He was held in jail for two weeks and had lost his job (Wilcox, 2018). In California, Stephon Clark was a Black Muslim who was shot and then killed by a police officer while in his grandmother’s backyard for having a cell phone. Weeks after, Saheed Vassell was shot dead by four New York Department police officers during the anniversary of MLK’s death. The officers had turned off their body cameras and he was shown to have been merely holding a metal pipe (Yasin, 2018).

This is the reality for many minorities living in America. Many of the struggles they go through are focused on in The Hate U Give. Police brutality is an idea that completely discredits the American Creed and shames American beliefs. This wrongdoing can end up ruining many of these already oppressed people’s lives and is something that has been hiding in the shadows as dark as the skins of the people the police officers have been targeting. We must address these problems that have hindered the lives of black people for an undeniably long time. Even though the intent for cops was to be people who enforce the law and bring justice to those who break them, the reality seems to be that they actually oppress people of these rights–even when these people are the ones who need these rights and support of the law the most.

Khan, Amina. “Getting Killed by Police Is a Leading Cause of Death for Young Black Men in America.” Los Angeles Times, Los Angeles Times, 16 Aug. 2019, www.latimes.com/science/story/2019-08-15/police-shootings-are-a-leading-cause-of-death-for-black-men.

Jihan,
I really enjoyed how you talked about a difficult topic with the use of statistics instead of many different personal stories. While personal stories are always a great way to talk about a topic the use of statistics was a wonderful way to add detail and evidence to the Black Lives Matter movement. For next time try to remember to identify what the acronyms stand for.
-Ashleigh Weiszbrod