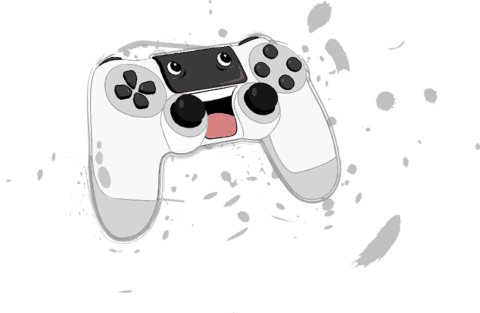 Games are cool but some parents think that they are bad because sometimes they can be violent and about shooting and killing like, for example, “Call of Duty and “Fortnite.” These are games about shooting, but there are games that are not violent. All the games are not like that.

Another example are games like NBA 2K which is a game about basketball, not about shooting. This is a game that people like playing because it is fun. Even I love playing NBA 2K.

I started playing NBA 2K when I was 13, and even now, I play this game because it is fun to meet friends and play with the friends that I play now. They are the same people that I meet when I started playing this game, and they are still my friends now, and we still play together. I play with my friends because I like the feeling of winning games and winning games makes me feel heroic and happy.

In the streets, kids and not only kids, young people go to the streets trying to survive, trying not to get killed. Oh, they’re in the streets selling weed, drugs to feed their families. We go home buy a PS4 and start playing video games because you don’t want to lose your life in the streets.

I am satisfied with your post because you are right about how all videogames are not violent and that they do take a lot of trouble off your mind as you enjoy and play with your friends. one sentence you wrote that stands out to me is ¨For me, playing videos games is like yoga for my mind¨ I think this is absolutely true because due to our young minds especially as we get older there is so much responsibility to carry and all the stress it can cause us but video games give you a chance to put down all that weight for just one moment and enjoy yourself since it is a hobby like drawing or playing basketball. and then after you are done, you can go back to reality and deal with your problems with an even better attitude. thank you for writing. I look forward to seeing what you write next because this post is relatble.

I am impressed by your post “video games” because i am actually one of those people who thinks videos games are fun until a certain point. Video games can have negative impacts for example in the text you’ve mentioned “Games are cool but some parents think that they are bad because sometimes they can be violent and about shooting and killing like, for example, “Call of Duty and “Fortnite.” I agree with this quote because watching or playing i feel like it can make the person behavior change.

Thanks for your writing. I look forward to seeing what you write next because your work is very interesting to read.

Your post reminds me of something that happened to me. One time… Because my mom was going to buy me a Mature game and she said Okay at first.Once i showed her what the games was about and she said no very quick.I said why and she said it was to violent.

Thanks for your project. I look forward to seeing what you write next because… I am very interested in video games.