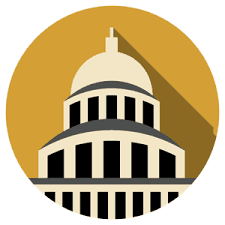 The topic of governmental control can be related back to the Republican and Democrat ideology. The U.S. government rein has gone through a rocky path, we have seen countless times where citizens are dragged into war, taxed, and even taken away public land. Many say that the higher authorities abuse there power?

The Democrats believe that we shouldnt have as much government intervention as we do now, Republicans think otherwise; Republicans want government support to take car of public safety, road and sidewalk maintenance and they want public transportation. I believe that the only control the government should have is for when they are looking after the majority and the greater good of the country. In resolution to these problems the higher authorities delegated decisions to the state, which I believe is a great idea in most cases.

One of the biggest abuses of power we see though that cannot be debated as greater good for the country, is the stealing of Native Americans land. Yes, we need the oil, but the land we are stealing is in ownership of the Native Americans people, these actions are unmoral on so many levels because they are as much human as we are so we should treat them with the same respect as you would to your neighbor. Threading big gas pipes onto there land is hazardous, the pipe could exploded and interfere with the surrounding environment.

We have seen other cases of abused power when covering up bush doing 9/11  and alien contact(area 51), the government doesn’t address these topics and at the time when they arose it was avoided. I don’t want to go farther into depth about these topics because they are mostly conspiracies

Overall I would like to end that the U.S. government has had a history of irrational and greedy intervention, their negative record is progressive growing better but we cannot ignore the fact that things haven’t changed. Now with a new president in office Im afraid that government intervention nationally and globally will be the norm.