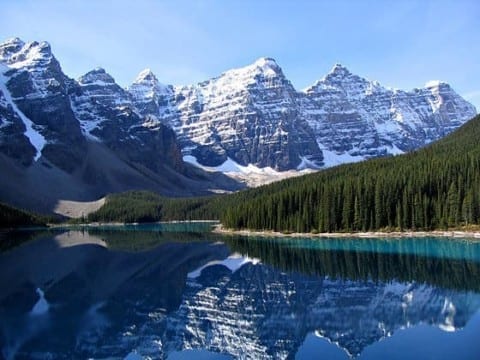 One of the most important values that Americans have is protecting the environment and animals for future generations. When people think about conservation in America, Theodore Roosevelt is someone who many know to have made a large impact on it.  He is actually known as the “conservation president” because of what he did. He “…Increased the area of the national forests by some forty million acres, established five national parks… and made conservation a popular cause (McCullough 364).” If not for him we would not have nearly as much protected nature in America as we do. By doing this he brought conservation up as a very important national value. It is still an important national value,  chief Tom Tidwell from the United States Department of Agriculture said that “Those traditions come with values that we have inherited as Americans, including the value of hunting and fishing … of sustaining our native wildlife … of caring for the land (Tidwell).”

Environmental Protection really became an issue during the Industrial Revolution, when businesses were looking to maximize profits even when what they were doing wasn’t good for the environment. Wide scale pollution and land protection wasn’t as much of a problem before that because factories started sprouting up and more people were immigrating and being born. Ciara Curtin wrote that “By 1800, though, thanks to improved agriculture and sanitation, it doubled to more than one billion. And, in 2002 when Haub last made these calculations, the planet’s population had exploded, reaching 6.2 billion (Curtin).” One example of extreme pollution in America is the pollution of one of the Great Lakes, Lake Erie. It was a clean lake but kept getting polluted by Factories that dumped their pollutants into the lake, that in the 1960s it became so bad that “Dead fish littered the shoreline as a lack of oxygen in the water led to massive fish kills (Rotman).” When things like this happen, it usually causes large protests among people who live nearby which puts pressure on the government to intervene, this leads me to another point. It is not just people who become important in the government like Teddy Roosevelt who can help. Rachel Carson, an American writer and marine biologist wrote Silent Spring which was an extremely influential book that caused the banning of DDT all over the world and was one of the most important reasons that the bald eagle population is increasing again in America.

One good thing about all of this is that we are making progress and people are developing cleaner and renewable energy sources and making them more effective. Another is that almost anyone in America can help to improve our environment. Just by picking up a piece of trash lying on the ground and disposing of it properly helps. I’d like to end this with a quote of Theodore Roosevelt’s to me sums up why we should protect the environment, “We have become great because of the lavish use of our resources. But the time has come to inquire seriously what will happen when our forests are gone, when the coal, the iron, the oil, and the gas are exhausted, when the soils have still further impoverished and washed into the streams, polluting the rivers, denuding the fields and obstructing navigation.”