Conservation and our Role in It

Home Conservation and our Role in It 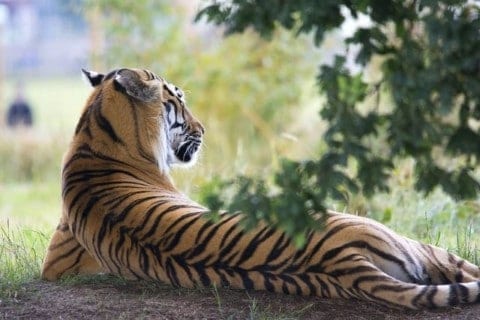 As we proceed through the Earth’s sixth mass extinction, the importance of conservation has taken a seat in the forefront of many people’s minds.  When one hears the word ‘extinction’, visions of asteroids and intense cold typically surface.  These things have played major roles in past mass extinctions on Earth, but there do not appear to be asteroids impacting in the many biomes of earth, and sheets of ice have not settled across Africa.  So the question is, what is killing off all of these animals who call Earth home?  The answer lies all around you.  Buildings, mass production, pollution, excessive hunting and fishing, destruction of habitat.  Humans.

The Holocene extinction that rages through this day and age can be attributed primarily to human beings.  The International Union for the Conservation of Nature and Natural resources (IUCN) evaluates the known species of Earth annually.  It is typically known for the list of organisms it categorizes by endangered, known as the Red List of Threatened Species.  This list is currently made up of 41,415 organisms, a grand total of 16,306 of them labeled endangered with threat of extinction.  For reference, that is approximately 40% of known organisms.  If that’s not an eye-opener, I don’t know what is.

With such a massive proportion of our living organisms stood alongside the guillotine, it makes sense that so many groups have risen up to put a stopper on this mass execution.  The Nature Conservancy, WWF, WCS, the Sierra club, IUCN, and many more- all working to conserve these endangered species.  It is our job as the inhabitants of this planet to conserve and promote our natural resources as well as our fellow inhabitants.  We need to work for the good of these threatened species if this planet is going to thrive, no matter the cost.  Conservation organizations recognize this and are working, as all who can should, to achieve their goal of a clean, healthy environment in which all of Earth’s organisms can thrive.

The leading causes of endangerment boil down to loss of genetic variation and destruction of habitat.  These things are typically caused by humans today, either directly or indirectly.  Perhaps you drop a cigarette in a house bordering the forest and the house goes up in flames.  The fire will spread to the nearby trees and grow into a full blown forest fire.  Suddenly Bambi is homeless and wandering in search of food in strange new terrain, one with new predators.  You didn’t intend to get Bambi killed, it just happened as a result of carelessness.  Or maybe you purposely hack down a forest to build a new cluster of houses in their place.  Directly or indirectly, the habitat is ruined.

A large contributor to a low fitness is overhunting and overfishing.  These things decrease the numbers of a population, leading to reproduction between two individuals with lower fitness and that are less aptly adapted to their environment.  With a decrease in genetic variation, a population cannot grow and thrive.  Which in turn implies lower survival rates.  It’s a vicious cycle.

Hi Kira! Your post is very interesting because I am passionate about saving our earth and the species that inhabit it. I am pleased to see the long list of organizations trying to combat mass extinction, but do you believe they will succeed? Can humanity change or reverse the damage we’ve done? It is alarming to realize that the cause of the next mass extinctions would be humans and not a natural disaster. I look forward to your final post. You might find this pot useful about WWF’s conservation goals and initiatives, https://www.worldwildlife.org/initiatives/wildlife-conservation