Confronting Illegal Immigration to Make It Easier for the U.S. and It’s Immigrants

Home Confronting Illegal Immigration to Make It Easier for the U.S. and It’s Immigrants 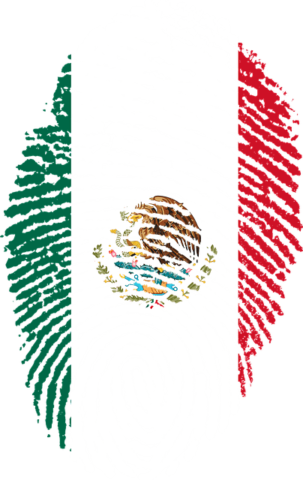 In order to confront immigration and it’s problems, we must identify why most illegal immigrants come to the U.S. Most Mexican Illegal Immigrants, for example, come here with no intention to settle permanently. Most illegal immigrants come to work for money for their families back home to send to them. They also earn money for themselves so that by the time they think their family has enough money to live happily and well-off enough in the foreign country, they can go back to their families. I have an uncle who is doing the same thing. He left his family in Mexico awhile back to California to find work. This way he sends money back to my cousins, his children (and their children). He is planning to go back in a few years when he has enough money. My father, when he first came to America, also had to leave his son, my brother, in Mexico while he went to make money for his family and himself.

Another reason immigrants come to this country is a high demand for unskilled labor. The only people willing to do most unskilled labor is immigrants, so they come to take on that job to make money for their family and themselves. “Immigration aides the U.S. economy by providing workers to fill gaps in the labor market. Immigrants tend to fill occupations where the gap between the supply of workers and the demand for them is greatest, typically in the highest- and lowest-skilled jobs. That hourglass shape of the immigration labor pool complements the native workforce, where a much larger share of workers falls in the middle range in terms of skills and education. As a result, immigrants do not typically compete for the kinds of jobs held by the vast majority of American workers. Instead, they migrate to those segments of the job market where most Americans are over- or under-qualified.” Illegal immigrants help the labor force and the economic system because of their low wages and their numerous unskilled jobs. America’s unemployment even decreases during immigration booms: “During the long boom of the 1990s, and especially in the second half of the decade, the national unemployment rate fell below four percent and real wages rose both up and down the income scale during a time of high immigration levels. According to a study by the Council of Economic Advisers, household incomes rose strongly from 1993 through 1999 across all income groups, including the poorest one-fifth of American households. The poverty rate fell by three percent during the 1990s, and almost 10% among African-Americans. Those remarkable gains occurred during a decade of large immigration inflows, including low-skilled workers from Mexico.”

Now the solution to this is brought up by the article “Confronting the Problem of Illegal Mexican Immigration to the U.S.”. This solution, in my opinion (though based on facts of the matter), is a great compromise between those for and against illegal immigration; this way it will be a win-win situation between the two sides, the country, and the illegal immigrants. Griswold says there should be a legal and easy way for illegal immigrants to come in. Then “A temporary work visa (TWV) should be created that would allow Mexican nationals to remain in the U.S. to work for a limited period. The visa could authorize work for a definite period–perhaps three years–and would be renewable for an additional limited period; permit unlimited multiple entries for as long as the visa was valid; allow complete mobility between employers and sectors of the American economy; and entitle the holder to ‘national treatment’.” The number of visas should keep up with the demand for labor from the U.S. This mobility allows the economy to change if demands change for labor supply as well, therefore benefiting immigrants and the U.S. There should also be a program for illegal immigrants in the U.S. to get their papers faster and more efficiently than just applying for it and having to wait 20 years for it. They do not gain automatic permanent residence, however, they would still have to go through the program and through all the steps, rules, regulations, and fees that the program would set up.

There are many cost-efficient ways to do what is morally right: helping illegal immigrants already in the U.S. and immigrants coming here to become residents or to get the right to work. The least cost-efficient way to achieve decreased illegal immigration would be to build a wall. Therefore, if illegal immigration is such a big topic and such an urgent matter to take care of, then there needs to be more talk about how to help these people rather than only pushing them away.

Dear Sophia,
I am impressed by your post “Confronting legal immigrants to make it easier for the US and its immigrants” because you mention that people come here to work and earn money for themselves and their families back home. You put all this information in a nice format. Then I know how it’s like because I also have an uncle that doing the same thing.

Thank you for writing this piece of information
-Jonathan Alcantar