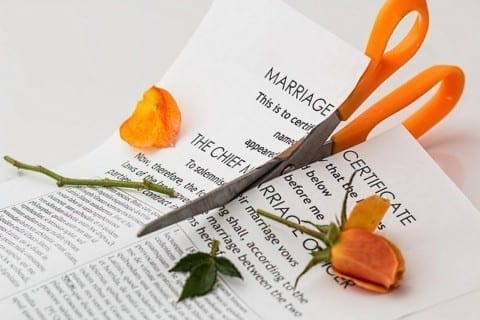 I recently read a play call, “The Glass Menagerie”, by Tennessee William. I relished and obsessed about this play. This play is something that makes people understand the meaning of being a family. It shows how a family changes their mood and personality so fast. At a one pint they fight and other point they reunited and be together. can be at a certain point, they can fight, and later on they come alone and be the perfect family. They are trying to understand how each member of the family feels toward each other. Amanda, the mother, wants what’s best for her kids, but most of the time, she wants her daughter, Laura, to be like her, have gentlemen to follow her. While her son, Tom, is being the man of the house, but does not have full respect for her mother. He is working really hard to feed his family. I can understand why he does not want to stay in their house when comes back to home from work. He is being pressured by his mother who is always telling him what to do and what not to do. So I feel like the family needs to work in order to get alone. They need to sacrifice their selfishness and work together and build a strong family where they will understand each other and support each other.

The protagonist is Laura. Her story is set in Saint Louis in 1937, specifically in a small town, in The Wingfield apartment. The significance of the apartment was that the Wingfield family was living in a small apartment and they were managing their lives there. Laura mostly spent her time there because she dropped out of school and she was staying home. She barely went out to meet people because she was shy. One of the reasons why she dropped out of school. She does not talk a lot, not even meeting others. Also it was during World War II. So there was a trust issue. The significance of the setting shifting from the place is that Laura likes to stay home, don’t have any interaction with others, and stay shy. The other thing she did was go to business college, where she thinks she does not see herself there because she is hearing things that she does not like. It’s better for her to stay home where nobody can find her or not talk to them, which is what she thinks is the good way, than to go out to see a face that she does not want to see, or voices she does not want to hear.

Laura faces certain forces and pressures from her mother. Amanda wants her to be like her, to have a kind of life that she will be able to hang out with friends and have those gentleman callers around her. Her mother is telling her that she should meet guys, get married to a guy that can support her “ rich”. She does not even let her do household tasks because she wants her to keep her good looking, and stay healthy so when a guy sees her they will fall for her. Laura is having difficulties meeting people because she is shy and it’s not easy for her to talk to people. She meets these forces and pressures by deciding to stay home and work on her collection about glasses that she was doing. Until the end of the play she stays single. You can see this early in the play on scene 1.

The tension rises when Jim kisses Laura and they both were quiet at a certain moment and lost their words hanging. They were both shocked that they did not know what happened so they have to find out a way to come up with a solution.This might leave a reader feeling concerned. People will be concerned about Laura and Jim and how they will end up. They will have questions that they need to know about their relationship and what will happen between them.

The play climaxes when Jim tells Laura that he is not sure that once he leaves he will call or text Laura. And he tells her that he was engaged and getting married soon In the play, on scene 7, Jim was telling the truth to Laura. It says, “Maybe I’ve got no call to be saying this. That may not have been the idea in having me over. But what if it was? There’s nothing wrong about that. The only trouble is that in my case – I’m not in a situation to – do the right thing.

I can’t take down your number and say I’ll phone. I can’t call up next week and – ask for a date. I thought I had better explain the situation in case you misunderstand it and – hurt your feelings. Slowly, very slowly, LAURA’s look changes, her eyes returning slowly from his to the ornament in her palm.

JIM: No, Laura, I can’t. As I was just explaining, I’ve – got strings on me. Laura, I’ve – been going steady! I go out all of the time with a girl named Betty. She’s a home-girl like you, and Catholic, and Irish, and in a great many ways we – get along fine. I met her last summer on a moonlight boat trip up the river to Alton, on the Majestic. Well – right away from the start it was love! Being in love has made -a new man !”

The falling action ultimately resolves the conflict. This play does not have a happy ending because the characters were angry at one another. Amanda was angry at Tom, Laura was disappointed, Tom just went away. It’s a person vs person type of conflict that’s driving this story and the characters apart. Tom and her mother were always discussing and arguing while Laura was isolated by herself and not thinking to have faith in love and the world around her.