Confederate Monuments, and the History That Should Be Kept

Home Confederate Monuments, and the History That Should Be Kept 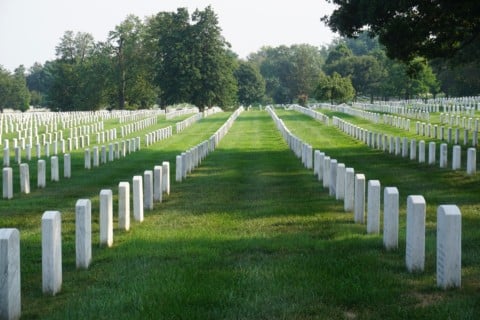 In a previous post I made, I tried to tackle the question of “what Confederate Monuments really are, and why should they be removed?” I wrote about that, while some of the monuments were erected with the intention of commemorating the fallen soldiers or the loss of the war, the vast majority of them were erected to fear monger and act as symbols of White Supremacy, and their use in modern times solidifies that fact for all confederate monuments. I also wrote about how, in the end, it is up to the local municipality and its community to choose whether or not to remove a monument in their area, not necessarily the state or federal governments.

In contrast to my first post, I found this article (which I annotated for ease), which showed me that there is another grouping of Confederate memorials I previously neglected; the graves of the fallen, and the battlefields where they fell. The article begins similarly to how the previous one went, discussing the tragedy of the Charlottesville Rally in 2017, and how the President asked if presidents and other, non-Confederate monuments will be defaced and removed, which has been shown to be true. Here, the President asks where the line should be drawn as to where the removals must stop, and the author retorts with the graves and battlefields, which illustrate the real history of this nation, unlike the average Confederate monument erected in a town center.

The author then goes in-depth on the history of Arlington National Cemetery, the graveyard for many of America’s war dead since the civil war. “Today, among the 400,000 graves at Arlington are those of approximately 500 Confederate soldiers, as well as a memorial to them.” These 500 graves, erected in circles so that no more could be added in their ranks, were a center of controversy all the way back to its creation in 1898 by President McKinley for Southern support for a treaty. Funnily enough, one of the groups who protested it most was the Daughters of the Confederacy, who wanted full control of Confederate memorialization in their effort for the abhorrent lies of the Lost Cause myth.

The author also writes on Civil War battlefields, since they are effectively graveyards of both Union and Confederate troops, and are populated by memorials of both sides of the conflict.  He argues that, like the graves of Arlington, these hallowed grounds should be left alone not just because they portray the real history of the Civil War, but to leave the dead in peace, no matter which side they fell and died for. He concludes this by saying that leaving these battlefields and graves along, while removing the false history that has plagued our nation for over a century now is the only way we may be able to move forward.

This article informs my initial inquiry that all Confederate monuments should be removed, in a newfound sense of morality and reverence, was ignorant of the monuments that illustrate our nation’s correct history. We most certainly must keep up the fight against the false narrative painted by generations of white supremacy and fear in our city centers and communal areas. However, we must also keep the real, bloody, and tragic history of our country alive as a memoriam for the dead, and a reminder of what bitter hatred and bigotry may cause, as a warning for the future generations of these United States, so that we may fix the damages we still face and never repeat the sins of our fathers.

Milo, I love the perspective addressed in this post! Graves and graveyards in our society are commonly places to pay respect and remember people which contrasts with the heinous actions and impacts of fallen confederate soldiers. This reminds me of an article I read recently that highlighted the fact that many confederate statutes were dedicated quite some time after the Civil War including during the Civil Rights Movement and the enforcement of Jim Crow laws. I have often seen a solution that recommends these statutes be taken down and put in museums where they can be surrounded by ample information and not glorified for their actions. However, I don’t think this can apply to the graves of soldiers. One potential solution could be to identify the graves and provide information to the public about the historical events that the fallen soldiers contributed to. In any case, thank you so much for your contribution in challenging the viewpoints and perspectives of many Americans.

I fairly enjoyed your post here Milo, and it is interesting to see this situation from different perspectives than considering it from one perspective. I fully agree that the people that are represented by these statues were put to fear monger and to entail White Supremacy and they shouldn’t have been put up in the first place because it represents hatred. I agree that the graves of these soldiers should be left alone because it shows a dark past in our country and I feel that these dark events we can reflect on and see how we can prevent ourselves from causing another Civil War and preventing these actions in the future. These graves I feel shouldn’t be praised that much because they have caused significant damage to different populations in the U.S. but should be taken as a method of remembrance to not cause this again, but the statues and monuments I feel should be taken down based on community decision rather than a federal decision.

I 100% agree with you that those statues represent traitorous bastards, but I also disagree that we need to necessarily keep the history. I mean, of course, we need to know about slavery and the confederacy, but we do not need to keep up their monuments to remember them. They can keep their graves, as that to me, is not as big of a deal as a memorial dedicated to a person who empowered white supremacists.