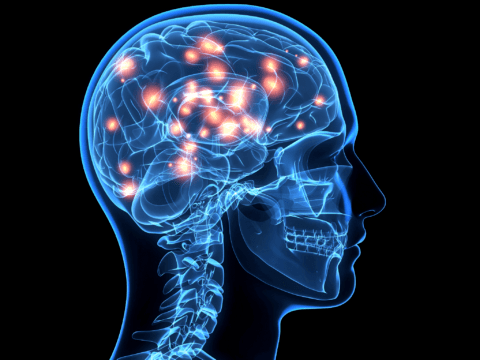 Concussions are a real threat that not all people understand. Friends of mine have had multiple concussions that have had negative effects on their learning abilities. I want to help young adults understand the threat that concussions are to their life and how important it is to see a physician when a concussion has occurred. Repetitive brain injury is a very real threat to high school, college, and professional athletes. Through my early studies I have found that Chronic Traumatic Encephalopathy is more common in those who have suffered from multiple brain injuries, such as concussions. CTE is a progressive degenerative disease in the brain that leads to a build up of the protein tau. This can cause symptoms ranging from memory loss to suicidal thoughts. As of now CTE can only be diagnosed after death. I also plan to research the effect of concussions on the academic performance of students, possibly both high school and college. I also want to see if concussions have an affect on social interaction and if multiple concussions put a person at risk for other injuries in the brain such as aneurysms and strokes.

I believe that concussions and CTE are a huge problem in sports that involve contact. After multiple concussions, the victim might look completely fine while having serious brain trauma which could affect their focus and concentration towards something. I think that we need to have a goal towards finding a way of diagnosing victims of CTE before death and we need a way to possibly reduce the chance of concussions in sports and everyday life.

An article that I have found talks about the effects of multiple concussions on athletes who were diagnosed with three or more concussions. It’s written by multiple psychologists and neurosurgeons who should be great help towards your research. https://academic.oup.com/neurosurgery/article-abstract/51/5/1175/2744207

Greetings Tyler! I have read through your inquiry and I agree with what you have written down. I’m also eager to see what your research paper looks like when you’re done 🙂 If you don’t mind, I wanted to help out with a couple of articles that I have found. Article one talks about the academic effects of concussions on children and adolescents (There is a PDF on the site as well that contains the research of the article’s topic) http://pediatrics.aappublications.org/content/early/2015/05/06/peds.2014-3434

Article 2 Is from the NIH Library and talks about the various diseases that can come about through concussions and how it has an effect on the social, emotional, and physical aspects of a person.
https://www.ncbi.nlm.nih.gov/pmc/articles/PMC3208826/

I hope the articles that I have provided to you will help you in the research, if you have used either of these two articles before, let me know and I’ll try to find a better article. Have a Good Day!