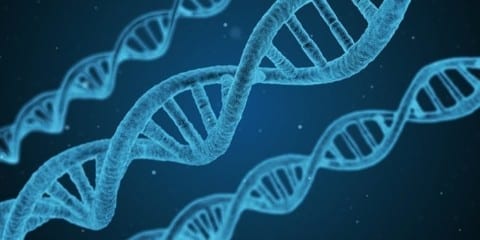 Should the family of Henrietta Lacks be compensated for the use of her cells? The Henrietta Lack cells (HeLa cells) were a huge discovery in the history of humanity and therefore they should be compensated for her cells. Till this day scientist are trying to find out why they are immoral. That shows that it is a long investment so they should get something out of this. George Gey grew the HeLa cells in the lab and distributed them to other scientist across the works to use them in their experiments. Henrietta Lacks passed away in the year of 1951 caused by cervical cancer. Polio vaccine protected millions of people thanks to HeLa cells. I state the doctors didn’t have the consent of the Lacks family to use her cells so the Lacks family should be compensated because it helped many people learn about the women behind HeLa cells and why her cells are immortal, but not only that, Hela cells helped cure Poliomyelitis which is short for polio. (A&E Network Television).

The women behind HeLa cells is Henrietta lacks. Henrietta Lacks was born in 1920 in Roanoke, Virginia. Lacks died of cervical cancer in 1951. Cells was taken from her body without her knowledge and were used to form the HeLa cell line, which has been used extensively in medical research since that time. She gave birth to 5 children. After the birth of her fifth child she goes to Johns Hopkins in Baltimore and is diagnosed with “knot on her womb”. In the date of January 29, 1951 she was diagnosed with cervical cancer. When Henrietta started her x-rays and learn that she no longer is able to give birth. She passed away in October 4, 1951 because there was no cure for cancer. She left her children with Day. (Rebecca)

Henrietta’s cells were the first immortal human cells ever grown in culture.They went up in the first space missions to see what would happen to cells in zero gravity. Cancer cells are immortal because they produce telomerase and HeLa cells produced them as well. In the human body, only two kinds of body cells are immortal and able to divide without limit.  “Lacks’s doctor at Johns Hopkins Hospital, George Gey, figured he could cure cancer if only he had a line of cells that could reproduce indefinitely, but all of his cultures failed, until he met Henrietta. Her cells, later labeled HeLa, just kept dividing” (Ronson). This points out that cancerous cells will continue to grow around the world because a scientist sent them across the world. It also propose that Henrietta lacks helped cure cancer with her cells. Henrietta Lacks made history because of that. All the scientist needed was immortal cells and that’s what he/she got from Henrietta Lacks. This prove that Henrietta Lacks made a huge change with people who has cancer.

Polio may cause paralysis and it is easily prevented by the polio vaccine. HeLa cells were essential to developing the polio vaccine by scientist. The cells have furthered our understanding of cancer, HIV/AIDS, and cells in general and till this day they are still used to grow viruses and to test anti-tumour medicines. They have made significant impact on scientific research. HeLa cells are helping human bodies along with their health. Because of HeLa cells, polio vaccines were discovered by scientist. A quote about the polio investigation states “And they were first used in research that led to the Polio vaccine, as well as helping to develop medicines to fight cancer, the flu and Parkinson’s disease” (Claiborne). This quote from Claiborne states that HeLa cells are helping scientist do research. Therefore, it is helping the people in need of polio vaccines  That would be people from Pakistan, Afghanistan and Nigeria because till this day  there is still transmissions of polio in those counties. HeLa cells helped to find the vaccines for people who is in need for them.

In conclusion, the Lacks family should be compensated because Henrietta Lacks cells (HeLa cells) have helped human bodies, improved scientist health medication, and Henrietta’s life was full of unexpected news. The Lacks family did not consent for doctors to remove her cells and use it for scientific research.The HeLa cells keep dividing up and never stop from what we know nowaday. Unlike general human cells, they divide up to 40-50 times but the HeLa cells continue. That is what allows scientist to continue experimenting and allowing them to find new medications for what humans are needing. From what you read, do you think Henrietta’s family should be compensated? I personally think they should because Henrietta Lacks cells helped to cure people and allowed scientist to do the research they needed in order to find the medication they needed. . Also, people learned about her because of the fact that she has immortal cells, something that is not found in blood.

This article is reliable because the author, Ron Claiborne is the news anchor for ABC News’ weekend edition of “Good Morning America”. It states about that HeLa cells helped improved in human bodies.

Alexandra Del Carpo is a Berkeley scientist that in this article she talks about Henrietta Lacks and HeLa cells. She also talk about her family.

This is where i got background information from. This is reliable because its a network television and i’m sure they don’t want to give any false information because they are a company.

This source is credible because she is a science writer and she likes to talk to smart people about the future. If she enjoys doing that she knows what she’s talking about. This article states about HeLa cells and how they can me immortal.

This is where i got the background from Henrietta Lacks.Rebecca is eatable because she is the author of a book that was published in 2010 about Henrietta Lacks cells.

Henrietta Lacks family should definitely be compensated, especially since nearly everyone world wide has benefitted from her stolen cells. Johns Hopkins should be a-shame. Admit it ,and pay the family members while there alive. You know you were wrong. Shame on you!

I really enjoyed reading your post “compensate for Lacks family” because you talked about all about Henrietta’s cells and about how without the Hela cells there wouldn’t be new discoveries.
One sentence that I liked about your post is “HeLa cells are helping human bodies along with their health. Because of HeLa cells, polio vaccines were discovered by scientist”.  I like this part of your work because it talked about how HeLa cells were actually useful to the scientist and to finding cures for the disease that the scientist haven’t yet found cure for. So without the HeLa cell the scientist have been using more animals for testing. So it was good and helpful that there were immortal HeLa cells. Everybody should appreciate Henrietta but since she is dead but her family is there and that they should be cared about and should be thankful to, because they are part of Henrietta’s family. Thanks for your writing. I look forward on what you write next because you seem to have a really interesting topic, and similar opinions.

Dear Yureida,
I really like your post. I like how you have talk about who was Henrietta Lacks and about her cells. I also believe its a bad idea how scientist used Henrietta’s cells without permission but even though I agree with you with the Lacks family should be compensated. Nice job on your post its really good hopefully later on, on the future I can have the opportunity to read more of your posts.