Compare your summary to an AI summary

Home Compare your summary to an AI summary 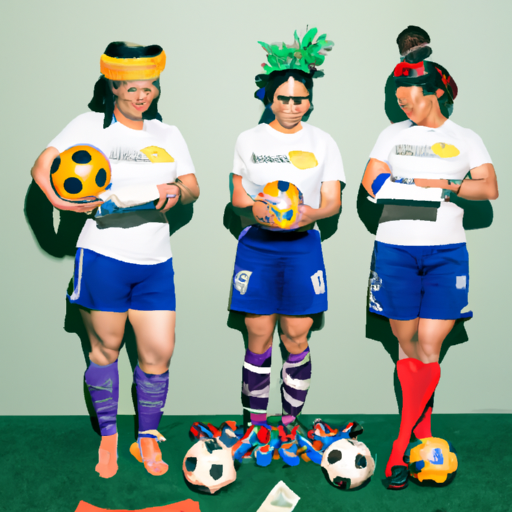 In 2016, players from the US Women’s soccer team filed a discrimination complaint who alleged that their male counterparts were being paid more than four times the amount they were. This was filed under the Equal Pay Act. This case was dismissed in 2020, by a judge who pointed out that the women had earned more than the men in the time frame of the complaint. However it was continued after an appeal arguing that the women had in fact played more games during that period. This resulted in a 24 million dollar settlement to be used to help women soccer players. This is a large step towards gender equity in sports.  It is worth noting that this is only a third of the settlement that the players requested. The recent news regarding Brittney Griner helped highlight this problem as well, as female athletes are willing to play overseas in the off season for more money. The average NBA player earns 5.8 million a year while the average WNBA player earns only 130,000. Women like Brittney are willing to overlook possible safety risks to raise their income. In the normal workforce it has been found that was found that “women on average earn 84% of what men earn…and, women [make] 82 cents for every dollar made by a man”.

In court, the US Soccer Federation argued that women should not receive equal pay because women possessed less skill than men. They cited a game where the women played against men and where not able to win against them.  The Federation argued it is not a sexist stereotype to recognize the biological advantages men have over women and called for a dismissal of the complaints. They argue that because men’s soccer “requires more skill”, it makes sense that they are paid more. Many have spoken out against this. A spokeswoman for the US Women’s Soccer Team stated “This ridiculous ‘argument’ belongs in the Paleolithic Era. It sounds as if it has been made by a caveman.” Many argue that if the roles were reversed and the women’s team was paid more, arguments similar in nature could be made for the men’s team, such as highlighting that women’s games include more intelligent decision making, less aggression, and that women are more flexible than men.

Summary: A judge in Los Angeles granted preliminary approval for a $24 million pay discrimination settlement between U.S. women’s soccer players and the U.S. Soccer Federation—a big win for the players who had filed a complaint in 2016. The settlement will entitle players to receive varying amounts of money, with an additional $2 million being put into a fund established by the federation. This comes after years of gender wage gap inequality in sports, with WNBA stars forced to seek overseas work during off-seasons, and in the workforce overall, where women make 84 cents on the dollar compared to men.

Summary: The US Women’s National Team (USWNT) has brought a gender discrimination lawsuit against the US Soccer Federation, claiming $67 million in damages. In response, the federation argued that men have more ability, strength and speed, suggesting that this justifies unequal pay. This argument has been met with criticism from the USWNT, who argue that it is outdated and discriminatory to use physical characteristics as the basis for wages. The outcome of this case will set an important precedent for how female athletes are valued and how much their achievements count. On March 30, the judge will rule on whether the case will proceed.

1 The summary leaves out some of the other preliminary reasons why the lawsuit was being filed. It glosses over some of the details.

2 I notice my own bias. Since I support women soccer players being paid more, I added a lot more of the grievances the players have.

3 I wonder if the original writers have some bias when they were writing the articles.

4 I want to research if equal pay will continue to be fought for, or if this settlement is considered the solution. I think the AI did a good job of summarizing the overall inequality women face not only in soccer but in the workforce overall, and I think I’d like to do more research on them.

Emma,
I really loved your discussion. I think that what you said about women being less skilled (which makes no sense) and how absurd that was. I think the AI left out a lot of critical points about the article that you were able to include. It happened to me as well but the AI gave a few numbers I missed, it doesn’t seem like it did that for you. Thank you for the post!

Emma,
I really loved your discussion. I think that what you said about women being less skilled (which makes no sense) and how absurd that was. I think the AI left out the

Emma,
I really loved your summary. I think it was interesting and helpful how you referred back to data from your articles to help summarize the main points. I also experienced a similar thing with the AI because it left out a lot of the main points that the article makes, glossing over many of the details, many of which were important to the article.

Emma, this post was interesting to read and see the different perspectives. I also noticed that I was biased in my writing, and the AI summary made it more unbiased.