Communicating With Children Through Literature

Home Communicating With Children Through Literature 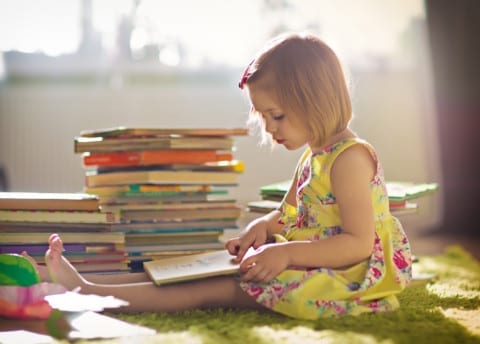 Children’s literature, with easy to read stories and colorful pictures, has served as a backbone for teaching various lessons throughout time. How a child perceives the world is shaped and molded by the stories he or she reads at an early age and such stories introduce them to concepts and inherent values that can get lost over time. For example, Dr. Suess’s The Sneetches educates the importance of not defining one by his or her outward appearance and Horton Hears a Who harps on equality and standing up for one’s beliefs, both concepts overshadowed by the stresses of adult life. While complex vocabulary packed literature is often deemed best by adults, children’s novels set the stage for the values in which we hold true today and develop a child’s moral compass before it has the chance to become corrupt by society.

The stakes for writing an effective and popular children’s book are high. Trying to squash lessons of equality and diversity into a twenty-five page book filled with cartoonish animals and entertaining names and places is not what every author pictures him or herself doing. Children’s author Adam Gidwitz states that “truly good books for children…fall in the center of the Venn diagram,” one side being books liked by children, and the other being books liked by adults (Gidwitz). The best children’s books use short words, short sentences, short stories, all which cater to the undeveloped intelligence of a child, yet somehow appeals to adults because of the values embedded throughout the novel. While a child merely perceives colorful animals and silly names, Martha Crippen, a Luther College associate, acknowledges such books “transmit important literature themes from one generation to the next,” asserting the importance that such key ideals are able to be understood by younger generations (Crippen). Being able to communicate with the future, presidents, politicians, scientists, and teachers is made viable through children’s books, and embed a correct moral compass into the simple minds of children.

Yet, the hard to swallow pills of society are not going to pierce the mind of a child through seven letter long vocabulary words thrown into a sentence with modifiers and clauses. Language is a quintessential element of being able to reach younger readers. In an abstract published by John Hopkins, the author Celia Anderson examines the language and style in children’s books claiming that little examination is done on the subject because it does not draw attention from “those scholars whose primary concern is literary value” (Anderson). Lack of vocabulary and complicated plot is no reason to not appreciate the authors who can convey deep morals values to children in a form that is understood and carried with them. In these ways, writing a children’s novel is not for everyone because of the multi-layer thinking and planning that is required to successfully leave an impact on the reader.

Conclusively, children’s books are filled with complex themes and tales of morality, while hidden behind easy to read language and colorful pictures, allowing younger generations to comprehend the text. The lessons taught in such books develop a child’s moral compass as they continue through life and begin to apply such values embedded in their day to day lives. While it is a tricky balance between conveying a message and making a novel interesting for such a harsh critic as a child, children’s literature has and will continue to be a backbone of morality as current children become the new leaders of the world.

Izzy,
I am intrigued with your post because I have never fully explored the role of children’s literature as the foundation of youth education and ultimately, values and morals. One commentary you said that stands out for me is when you mentioned how everybody, even politicians, doctors, and teachers, is guided through their elementary years by the gentle narrative of youth literature. Often times, these books are the impetus for children’s future careers. For example, kids who read about doctors who save lives in a picture book may themselves begin to dream about helping others in need or alleviating those who are suffering. Thank you for his excellent post! I look forward to your future posts as you have a unique perspective on different topics and possess a strong ability to clearly communicate your ideas. Great work on this!

I really like how you chose to talk about the importance of language in children’s books. I think we often overlook that what we read to little children will stick with them for years and years. It must be very difficult and pressuring for authors of children’s books to fill them with words that have good meaning and teach them a moral lesson. It is very important that these books convey a good message that is easily understood by young readers or listeners.