College Athletes During the Pandemic.

Home College Athletes During the Pandemic. 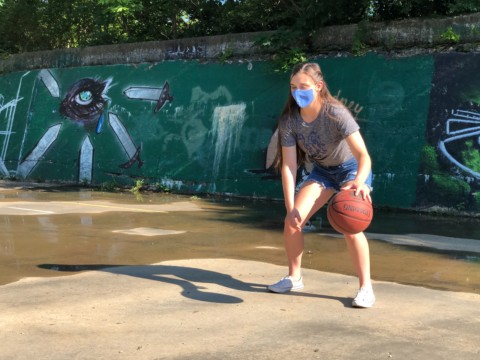 With the commonly known collegiate sports term “March Madness” coming up, I read an article by Dace Zirin called “College Athletes in the Petri Dish“. Despite its very hooking title, the article brought up points about college athletes during this pandemic.

Early on in the article it talks about a study conducted at Ohio State University. As a student-athlete myself hearing about this study shocks me that I was not aware about it. Those student-athletes who had tested positive for COVID-19, the study showed that 30 percent had cellular hear damage and 15 percent showed signs of heart inflammation which is caused by a condition formally known as myocarditis. This is shocking that this study was not brought into light and even shocked the author of the article exclaiming that it stirred little to no reaction when it came out. More recently the study is being picked up by major and minor news outlets after the NCAA football season which is interesting. The author has his suspicions on almost keeping the study quiet until the football season was over.

The author then goes to talk about how these athletes are treated. He talks about how so many of these kids are trying and almost forcing to play their sport in hopes of keeping a scholarship or getting looked at in the professional side of their sport. He mentions some good points about how they risk their lives playing because of the pandemic and the pressure of those things. With no salary these college students play in what he describes as a giant Petri dish with no kind of PPE and a lack of social distancing and safety measures on the court, field, and or even locker rooms.

Towards the end of the article Zirin talks about Keyontae Johnson. Johnson was a start basketball player for Florida State University, even winning prison Southeaster Conference basketball player of the year. Johnson was in great shape, as a young, athletic person. In December Johnson almost died to a heart inflammation cause by “acute myocarditis” changing his life forever. Johnson’s story shows that we do not know the long term affects of this virus and that people as healthy as Johnson could be significantly affected and that safety should be the number one priority.

Link to NowComment article and annotations.