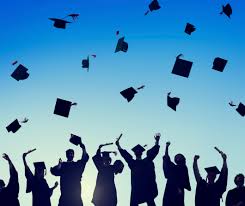 Around this time every year high school seniors all around the world are hearing back from the colleges they applied to. This time is full of excitement, anxiety, and oftentimes confusion and disappointment that is paired with getting denied from a school. With all of these emotions, it is often times hard to step back and realize that the college admissions process, has longstanding and outdated traditions that can lead to good students falling through the cracks.

The most blatant of these traditions is the pervasive usage of standardized IQ testing (SAT and ACT) to judge the intellect of a student. In a section in the International Encyclopedia of Social Sciences, the history, bias, and effect of standardized testing is explained. These tests were started due to elite universities in the early 1900’s needing a way to test students who came from less elite high schools and desired to attend the college. Thus the SAT was born, and quickly after the ACT. Both of these tests have very similar contents that test a student’s mathematics skills, language reasoning, idea contextualization, and a slew of other “IQ based” qualities – and have no large changed since their birth over 100 years ago. In the modern era, these tests have been widely criticized for their lack of equity in environmental differences and thus invalid in testing a person’s intellect. This tests lead to thoughts of genetic superiority, because white students consistently score higher than their African American and immigrant counterparts. The tests were designed to test people who grow up with a similar education, and do not account for cultural or language differences; which in turn creates long lasting wage gap and opportunity effects. These tests also only accurately depict a students success in their freshman year of college, and have no determination in success in the later years of undergraduate education and graduate school. Yet, a wide majority of schools still choose to use a test that is so obviously flawed because this what they have done for such a long time that they feel no need to change. In a country that prides itself on freedom and equality, access to education is stunted for many people because of a test that cannot accurately predict success.

This obvious discrimination becomes increasingly questionable when discussing the United States stance on affirmative action within the admissions process. In the Grutter Decision – a court case revolving around a person’s admission into college because of their race – the United States Government sets limits on a colleges affirmative action programs. In a nutshell they determined that such programs would have to go under “strict scrutiny” to pass. Such programs would have to show an obvious benefit to the United States as a whole and be very specific. Thus, quota system in colleges were deemed unconstitutional, and person could only be judged as an individual and not as a part of a larger racial group. However, this case in no way fixed the problem. Race, for better or for worse, is still highly considered in admissions processes, scholarship opportunities, and other affirmative action programs.

Affirmative Action is something much larger than the College Admissions Process, and has been going on in the United States since the end of the Civil War. While it covers many aspects of life, education is one of the most important to help people rise from their economic rung and work for a better life. The Encyclopedia of African-American Culture and History discusses the mix of higher education and affirmative action. Many colleges have moved to try and enroll more diverse students over their caucasian counterparts through preference in financial aid, scholarships, and admissions. Colleges feel that the obtain a diverse student body, affirmative action is necessary, and while the admissions process includes many aspects, diversity is highly considered. A large part of this comes from 1967 when the Department of Health, Education and Welfare requiring schools who are government funded to establish affirmative action programs for women and racial minorities. However, there has also been a lot of pushback for Affirmative Action programs, One such push was in 1995 when the government of california called for the end of such programs in UC schools – which passed. This issue is still up for debate, but the effects are becoming increasingly clear. Minorities who gain advantage in admissions because of affirmative action programs tend to succeed in school and in the workforce leading to a shrinking in the disparities between racial groups.

Fascinating stuff. It is really incredible to me that the format of these tests has not changed for such a long time. For a country that claims to be all for educational reform, there has been almost no real action taken. Your investigation points out just how serious the situation is getting since qualified people everywhere are denied a chance in college due to the state of the system. I would encourage you to look into specific cases where affirmative action has caused real problems, either economically or socially, to give more dimension to what is going on.