Colin Kaepernick: Refusing to Stand for the National Anthem

Home Colin Kaepernick: Refusing to Stand for the National Anthem 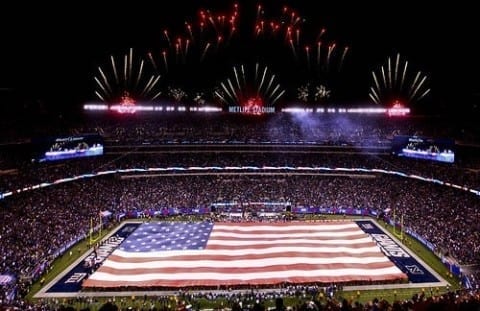 I have decided to pick the issue of Colin Kaepernick not standing for the National Anthem because this is a huge issue that a lot of people are talking about. They are trying to get down to the bottom of whether or not  the protest that Kaepernick is making is dishonoring what our country country was build upon or not.

Colin Kaepernick is the quarterback for the San Francisco 49ers. “On August 26, 2016 Kaepernick refused to stand during the Star-Spangled Banner, this was in protest of the racial injustice and police brutality in the United States.” stated procon.org

After doing some more research from other articles on this issue. Steve Wyche an NFL media reporter interviewed Kaepernick and this is what he had to say.  “I am not going to stand up to show pride in a flag for a country that oppresses Black people and people of color. To me, this is  bigger than football and it would be selfish on my part to look the other way. There are bodies in the street and people getting paid leave and getting away with murder.” -Kaepernick

Vanessa,
Great job on your post! I personally think that Colin Kaepernick’s kneel to the national anthem is unnecessary and shameful. I believe that his kneeling is an ultimate disrespect to the country, and for all the military who fights hard day and night for us to be safe. I understand that he is doing this to promote a cause of racism. But I think he could have approached this problem in a different manner, instead of blaming the country. For example, he could have started a organization that promotes awareness of racism. Ultimately I think Kaepernick should stand up, and represent a unified nation. Here is a link that talks more about this issue: http://time.com/4504014/colin-kaepernick-kneel/.

I like this post because it talked about police brutality and even famous people are protesting about this not being right in our big world.

Hello Vanessa,
I loved this post! I like how you included quotes and even brought in the pros and cons from the article that you read. It shows that you did more research on a topic than watch a football game. You brought up very good arguments for both sides. This is truly a hard decision to make. He is creating talk about this issue because he is so well known, but I really like how he is doing it in a peaceful way. On the other side I have two cousins in the army and I see standing for the flag as a sign of respect to them. If they weren’t out there protecting us we wouldn’t have any of the freedoms we have today. To me I want people to stand for the flag because of my cousins, but I also know that not everyone stands for the flag and he is entailed to his own peaceful protest.
Lena

Dear Vanessa,
I am interested in, your post because it brings up a conversation that has recently been really talked about. I have seen it on the news being broadcasted and I have been really stunned. Kaepernick´s way of showing what he stands up for is unique and shows his courage.
One thing you said that stands out for me is when you added his quoted words, “I am not going to stand up to show pride in a flag for a country that oppresses Black people and people of color. To me, this is bigger than football and it would be selfish on my part to look the other way. There are bodies in the street and people getting paid leave and getting away with murder.” I think this is a very intelligent because you added part as to why he is refusing to honor our country by standing for the national anthem.
Thanks for your project. I look forward to seeing what you write next, because you have talked about a topic that I have been wanting to look into.

This is an issue I have recently been interested in and I was glad someone was writing about it. First of all your article had great information, and you brought up some very good points. My opinion is that I don’t think he should have sat down because it shows disrespect to our country. No matter how many issues and horrible things are happening this is still our country. However I do support the kneeling, this is showing even more respect than standing. Through this these players are supporting the #blacklivesmatter movement and still being respectful. This was a great alternative to sitting down and I think these players are doing the right thing. That’s all and again your article was great.

I agree with what Colin Kaepernick did because he is standing up for what he believes in and he has started a huge revolution. Maybe, there are people out there that think that he is disrespecting the armed forces and the American Flag. But I don’t think that is the case. During Preseason, he did stand up and applaud for the Armed forces when the 49ers were in San Diego ( Major city with a large military background) which showed that he doesn’t disrespect all the men and women fight for the rights and freedom of all people . So I leave you, why should you take a stand for a country that is being unfair for many minorities? And what would have done if you were in Colin’s position ?

Vanessa,
I would really like you to take a side in the Colin Kaepernick debate and write about that. Your post almost just feels like a news story and, by now, I feel like everyone knows what happened. I would find it more interesting if you took a side so as to start a debate with other users.

I’m interested in your post because I’m very interested in topics about Black Lives Matter. Also, your piece gave me more information about the topic that I didn’t know about. One thing that stands out to me is “Con 3: Not standing for the National Anthem is a legal form of peaceful protest, which is a First Amendment right.” I think this is confusing because I don’t know how this is a con, if he is doing a peaceful protest. Thanks for your project. I look forward to seeing what you write next, because you write really interesting pieces and you give us the readers a lot of information to take in so we aren’t left clueless.

Thank you. You are completely right about Con 3. There was a mistake that was suppose to be a Pro 3.

Colin Kaepernick has all the rights to take a knee during the National Anthem. He has the right because hes showing that he wants America to change with all the cops killing colors. If America is going to keep killing the Citizens because of the color of their skin, he saying why should he stand for a country that dose not treat everyone equal because of their color of their skin. Me I agree with him cause hes his own man and hes has the right to do what he wants. Hes doing it peacefully, and why should he stand for a country which is known for the land of the free?

I agree with Colin Kaepernick because he took a big risk for his future in the nfl, but its some battles you can’t win. This is bigger than football and the USA it was supposed to be a free country not a kill black one.