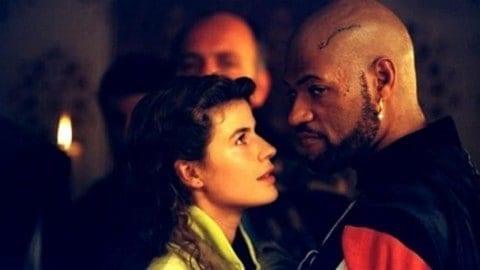 “Upon my knees, what doth your speech import? I understand a fury in your words, But not the words”  (act 4 scene 2, lines 35-37)
Desdemona is scared and confused, she wants to know what is making Othello angry. The phrase “What doth your speech import?” meaning like what are you saying?, Desdemona asks othello that because he is saying a lot of things about her and Cassio but she doesn’t know anything about it. The word “Fury” means anger, frustration, Othello is so frustrated about Desdemona can’t do anything about it because she doesn’t know what is making Othello mad, she tells him that she knows he’s frustrated but she doesn’t know what he’s saying.