The Wrath Of Brabantio

Home The Wrath Of Brabantio 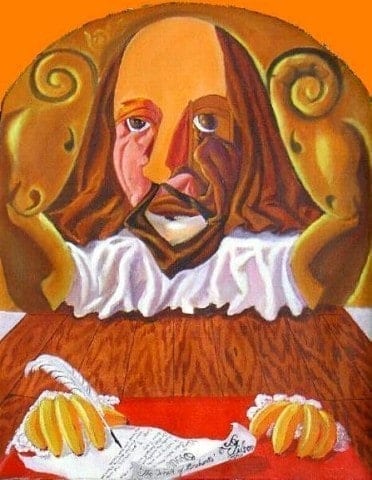 “Iago: Call up her father,

Rouse him:– make after him, poison his delight, Proclaim him in the streets, incense her kinsmen, and, though he in a fertile climate dwell, Plague him with flies. Though that his joy be joy, Yet throw such changes of vexation on’t as it may lose some color.” ( Act 1.i. 71-77)

Analysis:  Iago is referring to Othello, and he is cursing him, he is cursing him because he feels some sort of hate towards Othello for not naming him second chief in command. Iago uses a quote that could be tied to the Bible, which is “plague him with flies” meaning that he wishes this upon Othello because as God sent the plagues to people so that people can believe in him and seek him for salvation. I think that Iago seems to use those specific words so that when Cassio does not respond well to the position he has been granted, then Othello would come back and seek Iago for help and then he could be his savior. What I’m trying to say is that Iago has manipulated everything to make Cassio seem like the bad guy so that Othello would come back and ask him for help. I think that those words were too much for him to say. He is just hurt that he did not get the position he wanted and for him to use that biblical expression I think it was too much, he has no right to judge and or tell what one deserves or what they do not deserve.

Both you of you my inclining, and the rest: were it’s my cue to fight, I should have known it without a prompter.– Where will you that I go to answer this your charge?” (act 1.ii. 97-101)

Analysis:  In this quote, Othello is getting ambushed by Brabantio’s men and Brabantio himself, Othello is being accused of casting a spell on Desdemona because earlier in the book Iago and Roderigo had gone to tell Brabantio that his daughter was marrying the black moor. When Othello gets ambushed by them, he tells them that he does not want to fight them because he intends not to harm any of them. I understand the point of view from Brabantio because he loves his daughter and he let Iago get to his head with the things that they told him when they woke him up. On the other hand, I would much rather see Brabantio think this through before going in and confronting Othello and threatening him. I liked how Othello reacted to his insults and his threats. He kept calm, and he tried to talk It out. It really says a lot about him.

Image: The Wrath Of Brabantio by David G Wilson