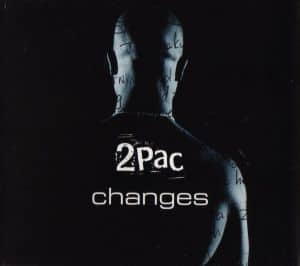 My first impression of this poem was that it was eye opening,  and inspiring. Everything the poem “Changes” says was facts.It makes me feel Grateful, yet, at the same time, frustrated .  A line that especially evokes the first and second feeling for me is, “ I’m tired of bein’ poor and even worse I’m black, My stomach hurts so I’m lookin’ for a purse to snatch, Cops give a damn about a negro, Pull the trigger kill a nigga he’s a hero.”

What I know about the speaker is that they are the kind of person are they is, they are inspiring to others and want to see the world change in a new good way. They tell a story so good that i can’t imagine anyone else rapping a better way to let others know that there’s need to be change. This is suggested by “ We gotta make a change It’s time for us as a people to start makin’ some changes.Let’s change the way we eat, let’s change the way we live, And let’s change the way we treat each other.You see the old way wasn’t working so it’s on us to do, What we gotta do, to survive.”  The speaker seems to be speaking to everyone whos hearing or reading this. Perhaps to make a change.  I say this because through the poem he’s talking about all the bad things and trauma that we as a society is going through that needs to be changed. The poem springs from a particular culture. Specifically, black culture.  The poem revolves around several themes, including Humanity suffering, and wholeness.

If this poem were a question, the answer would be “There no answer”because we can’t assume there gonna be change right away or even change at all.  We have to hope but try for our humanity is saved and make change, sometimes in life you just have to wait and procatat to make a change. If it were an answer, question would be “when is there gonna be change in society ?”  The title suggests Change. The poem’s form is a Sonnet/Epic This form is a vehicle for the content of the poem.  If the poem were a Ballad, it would not guide me toward an understanding of the poem’s meaning, because the form actually shapes the meaning of making a change.