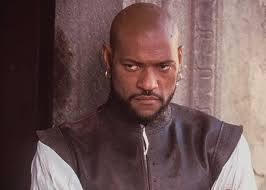 I have respect for you as my father,

But I have important decisions to make.

You have given me an education and a roof over my head,

To which I am grateful.

So I respect what you want me to do,

Because I am your daughter, but I have meet my husband.

I must make the decision to disobey you,

For this is my life not yours.

Desdemona is trying to convince her father to let her marry Othello. But Desdemona’s father, Brabantio, is strongly against the idea. Brabantio does not like Othello as he states very clearly, “I here do five thee that with all my heart I would keep from thee. ––For your sake, jewel, I am glad at soul I have no other child, For thy escape would teach me tyranny, to hang clogs on them.––” (Othello 1.3.223). Desdemona’s rhetorical stance is that she needs to make her own decisions, because it is ultimately her life and not her fathers. She says how this is just a natural step for anyone’s daughter, just like her mother “preferred” her husband over her own father. This is a very good argument, since Brabantio can relate especially to how Othello is feeling, and how his own wife did the same thing for him as her husband as Desdemona is doing to him as her father.

Let me give my two thoughts

Because the past has happened, you must stop worrying

Because to dwell on the past

Will only bring more grief

Although you cannot stop her

Patience will ultimately tell if she has made the right decision

You must smile at those who are trying to hurt you

For then you rob them of the satisfaction

The Duke is attempting to give advice to Brabantio on the issue of Desdemona and Othello. Coming from the outside 3rd party, the Duke believes that what is done is done and there is no changing that. He urges Brabantio to recognize that he can’t stop his daughter from going off with Othello, but that he must trust her to make the right decision. The Duke urges Brabantio to make a decision, “Be it as you shall privately determine, Either for her stay or going. Th’ affair cries haste, and speed must answer it” (Othello 1.3.310). The Duke’s rhetorical stance is that he is coming from the outside without any sort of bias in making the decision. Because of this he believes when he tells Brabantio that he needs to back off and let his daughter live her life, that he is in the right. So he pushes him for an answer, hoping Desdemona wins.