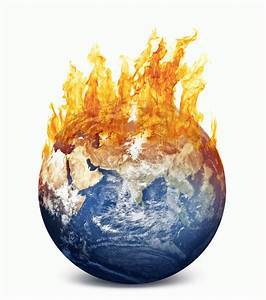 Climate change is important because it affects the entire planet and everyone on it. Some of the effects of climate change are rising sea levels, droughts, increasing global temperature, ice sheets and glaciers shrinking, extreme weather, and ocean acidification. Global warming is the increase in the overall temperature of the planet, caused by greenhouse gasses trapping heat in the atmosphere. Since the late 1800’s, the average surface temperature of the Earth has risen around 1.62 degrees Fahrenheit. According to the United States Environmental Protection Agency, “Human activities are responsible for almost all of the  increase in greenhouse gases in the atmosphere over the last 150 years” [3]

A solution to global warming is to reduce carbon emissions and other pollutants that cause the greenhouse effect. It is also necessary to stop the destruction of forests, which take in carbon dioxide and release oxygen.

Another one of the problems that contributes to climate change is the current system of industrial agriculture. It is one of the causes of global warming, as well as loss of biodiversity, land and soil degradation, wasting water, pollution, dead spots in the ocean, and many other effects. We still need to feed the growing population, but in a way that is sustainable. A start to lessening the negative impact would be to stop the expansion of land used for agriculture, farm more efficiently on the land we do have, reduce food waste, and eat less meat. This blog post is a part of my solution because it helps spread awareness.

In this project I mostly used logos to get my point across and to inform the reader with logic and facts. I also used my knowledge of jargon that I learned in my environmental science class. Keeping in mind the terms that relate to climate change was useful for me.

In order to better understand this topic, I would have to research more thoroughly the causes of climate change. I would also have to look into other possible solutions, and explore the ones I mentioned in more detail.

Greetings Ivy, I see what you mean and I like the ideas of what is really causing global warming. Also one of the most natural effects of global warming is of the coral bleaching process which is something including the heating of water. If you like you can read it about it here: https://oceanservice.noaa.gov/facts/coral_bleach.html.

This is a very interesting and relevant topic. You make very good points, and I agree that it’s important and needs to be brought to attention.