Classism has Negative Effects on Our Community

Home Classism has Negative Effects on Our Community 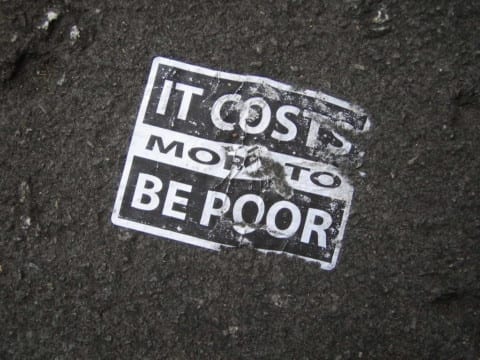 There are many negative effects of classism. Lower income communities in Oakland suffer more from violence than the upper class community. Oakland has the Hills and Oakland Hills is separated by a highway, 580. The fact that a highway separates upper class people from lower and mid class shows that classism affect our Oakland community because they are divided into groups: low class, middle class, and upper class. Community members in the flat parts of Oakland are more exposed to crime and violence.

Oakland Hills are different from the flats because they suffer more violence than the Oakland Hills. An article mentioned how the Oakland Hills had expensive homes and it did not have a high crime rate like the flats. The author Jade Leone affirms, “The Oakland Hills have an extremely low crime rate”(Leone). People who are from an upper class can be safe. This just show the lack of safety you can find in the ghettos. Moreover, in an article that talks about the differences from the flats and the Oakland Hills; the author, gave many examples. Anna Nelson-Stith mentioned “In the past, societal ills including but not limited to armed robbery, shootings, prostitution, gambling, and drug deals were not as pervasive in the Oakland Hills…It is really quite a shame that every single day your main objective is to flee from the very place where you sleep night after night”(Nelon-Stith). The important words/phrases in this quote are “armed robbery”, “shootings”, and “not as pervasive in the Oakland Hills”. These words show that people who are lower class are more likely to have violence and crimes in there community. Upper class do not experience that because there is only a certain group of people who live in those communities. Many do not support violence which is why classism is affecting the Oakland community.

The Oakland Hills are separated from the flats .In the article ¨San Francisco – Oakland – California (CA)¨  written by Stephen Lewis talked about the characteristics a neighborhood of high class looked like. He stated “Characteristics of an upper class neighborhood: sizable and spacious apartments, historic, century-old apartment complexes, myriad large mansions, boasting impressive city views and ocean views or a parkviews, collection of prominent luxury hotels, primary or secondary residence for the elite, celebrities, and/or noble, conglomeration of exclusive luxury designers, low vacancy-rate, high-demand and expensive real estate”(Lewis). The use of words/phrases such as conglomeration, luxury, and expensive real estate because he wanted to show that people who are upper class are symply at the top of a society hierarchy. The fact the the author decided to use the word “conglomeration” is very important because conglomeration means: a number of different objects or parts that are put or grouped together to form a whole but remain distinct entities. He wanted to show that there is a huge separation from people who are lower and mid class. Adding on, in an article about classism in Oakland mentioned that Oakland has areas that are separated for m lower/middle class communities. Nina Flava states, “…Wealthy enclaves in the hills separated from slums in the flats”(Flava). This is showing that people who live,in Oakland are being separated based on their income. The key word in this quote are “wealthy”, “separation ”, “hills”, and “flats¨ fit that description of Oakland Hills. The flats don’t really fit into the category because Oakland Hills has a more safer environment.

Oakland community members who live in the flats are more exposed to violence and crime. Four Oakland community members mentioned that they had been exposed to violence in there community. One of them was Wendy Garcia she had lived in Oakland her whole life she replied, “The way I community is safe and ‘normal’ in the morning but then it turns dark/night and it’s a bit dangerous”(Garcia). This quote is very important because e to shows that people like Garcia live in  communities that are not safe for people. And those who are upper class don’t experience this at all. Additionally, Refugio Rodriguez is a community member in Oakland and she mentioned that her community it is over all safe but their is some violence.  Refugio Rodriguez responded, “…When something out of the ordinary happens it is because people who aren’t originally from the neighbourhood hang out. The majority of the time when they come they are clam, but when they aren’t they break car windows or they do side shows”(Rodriguez). This quote is important because it mentions that there is crime I. Rodriguez’s community because there are people from other places who are strangers to the community. This would not be likely to happen it the community for those who are upper class.

In conclusion, there are many negative effects of classism. Lower class and upper class are very different because lower income communities in Oakland suffer more from violence than the upper class community. Oakland has the Hills and the Oakland Hills is separated by a highway, 580. The fact that a highway separates upper class people from lower and mid class shows that classism affecting our Oakland community because they are divided into groups. They are divided as: low class, middle class, and upper class. Additionally, community members in the flats parts of Oakland are more exposed to crime and violence.

I interviewed a community member Wendy on January 4, about classism in Oakland. She mentioned violence in the Oakland was caused by classism. She also mentioned that anyone should be able to choose where they want to live. She is a credible source because this topic is a very big part of her everyday life.

I interviewed Refugio Rodriguez on January 3, about classism in Oakland. She mentioned that classism isn’t a big part in her community. She said it was a very diverse community that was safe and good for her children. She is a credible source because she mentioned lots of examples of why her community is safe and not classit like the majority of the communities.

What is ‘High Class Oakland’? (Los Angeles, San Francisco: best city, apartment complex, homes) – San Francisco – Oakland – California (CA) – Page 4 – City-Data Forum, 11 Nov. 2010, www.city-data.com/forum/san-francisco-oakland/1125406-what-high-class-oakland-4.html. This article talked about how the home were different from the homes in the flats. It also mentioned how the hills are conglomery. This is a trustworthy source because it has lots of citations at the end of the atícele to confirm what he mentioned in the article.

Your blog explains the big segregation between classes and it’s very clear that it’s an important issue. You make a very valid point that there is indeed a segregation based on class, but I still don’t understand why that is the case. Why is there more crime rate? Why is there lower class in the ghettos? It would be great if you elaborate, also, I would like to to see your answer to classism. How would you stop/reduce classism? It’s been an issue for longer than we can remember. It would be very difficult to pull the roots of classism, but how you start of the pull? Thank you for sharing your voice to the world. Keep up the good work!

Dear Emily,
I am happy about your blog post “Classism has Negative Effects on Our Community”because it is nice to see youth writing about real-world issues and actually have some interesting ideas/theories about said topic. For example, you stated that there is a highway separating high income families from low and middle income families. I, personally, did not know this fact, and it is nice to see that some youth have more interesting facts than most adult publishers. I agree with the title of this post because classism does separate communities because the higher class people are seen as “better” and are more listened to than the lower class, which is also something that you could’ve stated. Thanks for your writing. I look forward to seeing what you write next because, from reading this, I know that you have more thoughts than just this.