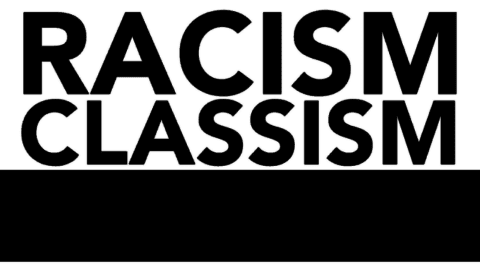 Classism and racism both play a huge role in human experimentation. This happens because when one group of people are thought to be less than another group the dominant group tends to take control of the lesser group and use them to benefit themselves. This is seen as okay in the eyes of the dominant group because they have all the power. This has been shown throughout history in multiple cases the Nazis in WWII experimenting on the jews or anyone else they had in the concentration camps. Also in the US with the Tuskegee Syphilis Study how they only used black men for the project and because they were in a farm area they would not have access to the news of syphilis medication becoming more and more reliable, and that the families were never compensated. And again with Henrietta Lacks and how they didn’t get her or her family’s consent and just used the cell’s. Classism and racism both play a huge role in human experimentation.

To begin, one of the first examples of human experimentation we can look at is the Tuskegee Syphilis Study. The Tuskegee syphilis study originally called “Tuskegee Study of Untreated Syphilis in the Negro Male.”,  was a study ran in Alabama from 1932 to 1972. This case was originally supposed to be ran for six months but then got extended to 40 years. In this case there was a total of 600 black males involved, 399 were affected with syphilis and 201 were not, and all were denied treatment. The men involved in this study were being told they were getting tested for “bad blood” but in reality there was no benefit for the test subjects in this case. This case was an example of racism in the medical field and the unethical human research ran by the government.(Center of Disease Control and Prevention). This shows racism and classism because they chose a group of black males who were already in poverty and had no real access to medical care. This would make them want to sign up because they would receive free clinical screenings but in reality they were not concerned about their health at all. They lied and deceived the people in the trials in order to get the results they wanted. That shows classism because the subjects were not able to see the truth in the trails until it was too late. The survivors of the study have shared the story’s and it explains how even after they were tested positive they never knew. “What’s worse, even after Shaw tested positive for the disease — which can cause blindness, paralysis, heart failure, bone deformities and even death if left unchecked — he was never told, nor treated.”(http://fsi.stanford.edu). In this study Herman Shaw tested positive for syphilis but was not told. The medical professionals who were running the case didn’t tell anyone that they were infected to insure that the syphilis was left untouched. This shows how the people in power in this case the white men did share information with the subjects who were affected the most. In the end the Tuskegee Study is an example of unethical testing done by medical professionals that should never be repeated.

Another case we can see experimentation done to people of “lesser value” is in WWII with the Nazis. The Nazis were a group in charge of Germany from 1938-1945 the length of WWII. In this war the Nazis took multiple type of prisoners, “As the Jews were the main targets of Nazi genocide, the victims of the killing centers were overwhelmingly Jewish”(PRISONERS OF THE CAMPS). The Nazis mainly targeted the Jews but as well as the jews they targeted war prisoners, political opponents and homosexuals. The nazis sent them to concentration camps where they were to do force labor and be experimented on, the nazis saw these people as less than them and sought to exploit them. In this situation the nazis had all the power with the prisoners none this shows classism because they took a group of people and made them less than themselves. They did this by blaming all of the problems of Germany on the jews which lead the people of Germany to believe these lies and caused them to see the jews as less. The nazis ran multiple experimentations on the prisoners,“Freezing / Hypothermia,Genetics,Infectious Diseases,Interrogation and Torture,Killing / Genocide,High Altitude,Pharmacological,Sterilization,Surgery,Traumatic Injuries”(Medical Experiments of the Holocaust and Nazi Medicine). This is a list of experiments done to the prisoners of the nazis this shows classism because as prisoners they have no rights at all so they have to follow the orders of the people in charge or they would die. This allows the people in power to run all of these experiments on the prisoners which is completely unethical.

In the end human experimentation is always going to have ties with abuse of power. With the nazis and with the doctors apart of the Tuskegee study.

This is a reliable source because the whole website is ran to remember the holocaust this is ran by the museum so they have no reason to lie.

This is reliable source because it is made by Stanford a reliable University.

This is a reliable source because it is ran by the holocaust memorial museum and is used to inform people and not to mislead people about the holocaust.

Good article, especially for young readers who haven’t heard of the Tuskegee or Nazi experiments before. But this is the tip of the iceberg. The Japanese also did experiments on POWs, mostly Chinese, during WWII. There is a long history of experimenting on poor and often black people in the U.S. Google “unethical human experimentation in the United States” if you really want to make your skin crawl. Hitler was actually inspired by what was happening here

There have been laws passed in the U.S. and worldwide since then that are supposed to ensure nobody is tested without their consent. But like you said, human experimentation is always going to be tied to abuse of power. Why would anyone sign up if they didn’t need the money or could afford the best health care? I would’ve liked to have seen some more recent examples of classist and racist experimentation.

Dear German,
I am interested in your writing about how classism and racism affects human experimentation. One part of reading that stood out to me was “This shows racism and classism because they chose a group of black males who were already in poverty and had no real access to medical care. This would make them want to sign up because they would receive free clinical screenings but in reality they were not concerned about their health at all.” This stood out to me because they wanted black mens to join because they knew that they would because of the circumstance they were in. Also it was really mean that they would do that because all they wanted them was for data and not care about their health. Which it was a lot of classism and racism during that time with the Tuskegee Study. Thank you for writing. I look forward to seeing you write more and share your writing because it’s very interesting.

hey german it’s takeo I go to the same school as u and I just wanna say that I’m impressed on what u wrote here. good job and keep it up

There are different perspectives about how others see using “black people” in the study. For one, some claim that the reason black people were used in the study was to prove to white people that they are the same, whatever treatment the white people used, also works on blacks, vice versa. Does that still count as racism?
Thank you for sharing your voice.