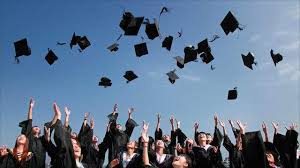 As a part of Generation Z, the class of 2020 is mislabeled as selfish and self-absorbed. Though this can only be due to the events America has put us through in our lifetime. We were the first group to be born into a post 9/11 world. We grew up during the boom of smart technology. We started elementary school during the peak of the stock market crash. We entered middle school when the Boston bombing occurred, entered high school when mass shootings became the norm, and we’re graduating during a pandemic.

The accumulation of these events has made us numb to information. It’s not that we don’t care, but we almost expect it. Our entire lives, America has been at war, yet we never talk about it. Growing up, I thought it was normal to always have a war in the background, only later to find out it isn’t. Then as we aged, mass shootings happened regularly. There were 175 last year alone (https://www.washingtonpost.com/graphics/2018/national/mass-shootings-in-america/). Hearing about these events not only makes us feel unsafe in one of the places we are supposed to feel the safest (school), but it has taken away our humanity.

Now in the final days of high school, and the final days of our childhood, we’ve once again been stripped of our humanity. We were told to do online school for a couple of weeks then everything will go back to normal. A couple of weeks later, 12 states have announced they will not reopen their doors for the remainder of the 2019-2020 school year (https://www.washingtonpost.com). Not only can we not experience the last days of high school the traditional way, but we also can’t even see our friends, making us feel more isolated and vulnerable than ever.

Despite these events, we grew up with High School Musical, silly bands, Snapchat, the first Black president, and many medical advances. Though many of us cannot say goodbye to high school, we prevail.

Next time you want to call a member of the class of 2020 self-absorbed, just think about what kind of world we grew up in and the things we will never get to experience.

Beautiful definitely,very touching and powerful thank you for sharing this with us. Brung light to many touchy subjects that your generation talk about daily that past generations don’t.

Dear Sophia,
I am interested in your post “Class of 2020” because I am graduating high school this year and my school, Gateway High School, is closed for the remainder of the year. Also, I thought what I found was interesting were the events you recalled from elementary school to high school. You made me realize that the world events we’ve witnessed are so overwhelming because I have never thought of the stock market crash, the Boston bombing, and the school shootings before. One sentence you wrote that stands out for me is, “The accumulation of these events has made us numb to information. It’s not that we don’t care, but we almost expect it. Our entire lives, America has been at war, yet we never talk about it.”
I agree with you because none of us really talked about past problems like (the stock market crash, or the Boston bombing, or the school shooting) until the pandemic occurred and arrived in the United States.
I think that this type of information about how COVID-19 impacts schools and the class of 2020 is important. In Mr. Dillion’s class, we have done an assignment called, “20 questions’ ‘, and we as a class came up with 10 questions about the world and 10 questions about ourselves. The question that was most important to me was, will I graduate on time? Because I have never done an online school before and there might be an issue with the wifi at home.
Have you seen this podcast COVID-19 could shrink the earnings of 2020 graduates for years to come?:http://theconversation.com/covid-19-could-shrink-the-earnings-of-2020-graduates-for-years-to-come-134765,I thought you might be interested in this because of your concern about COVID-19 and the other flus. Thanks for your writing. I look forward to reading what you write next because I’m interested in learning from COVID -19 and the effects of the pandemic.

Powerful. Thank you for sharing, Sophia.

I really appreciate this article! It helps shed some light on what we’ve been through and what we’ve grown up with. We live in a crazy world in a crazy time and everyone is simply just used to it. I think we could all become a little more mindful, no matter what generation you are a part of.

Good post, Sophia. And thank you for making it public and shareable so that lots of people can read it.

Good post, Sophia. And thank you for making it public and sharable so that lots of people can read it.

Hi sophia,
This has been a very tough time for all of us, but that is only making us as a generation stronger and smarter. We have been through a lot in our very short time here on earth, but i believe that we will come together and make a better society for all in the near future.

Hi Sophia!
This is a great post. We have had a rough go at it but we’ve gained great coping skills!. heres an article you might like that relates to your topic, https://www.usatoday.com/story/news/education/2020/04/02/coronavirus-were-owed-graduation-say-high-school-seniors/5115358002/
Love, Maggie

I really liked this writing especially now because I have always thought about everything we have gone through just never formed it into a well put together article like you did. Our parents and aunts and uncles love to tell us how lucky we are with all this technology and instant communication but they don’t realize that we have to see all the tragedies through these devices. Like you said we have become numb to it because not only did we grow up through all these event but we got to see them in the palm of our hands and then continue to get bombarded with it. That is one thing I have really come to realize through this pandemic is that it is just a constant bombardment of negativity through this device that we are so “lucky” to have. Don’t get me wrong it is amazing the technology we have but its not always the best and I like you, wish our generation wasn’t classified as self absorbed because of it.

We’ve grown up mostly in a time of social and political change. We take a progressive step forward only to take two steps back. We were born into all of this we can’t change. It’s difficult to say nothing happened in the 2000s. But that doesn’t mean anything has been good. At least we all went through it together. Senior year will be a hell of a story to tell. (except the part where we all stay home for a few months)

This is powerful writing, Sophia, and a well crafted argument about why Gen Z should be considered in a new way. What I think is so powerful is the way you chronicle the major events that happened during each of your school transitions, plus the fact that war was a constant throughout. You are right and I hadn’t quite thought about it this way, but you paint a vivid picture for me, so I am thankful. I am also thankful for all the ways your generation has prevailed and I am sorry (both personally but also politically) that right now is so hard again. Us older generations need to reflect on what went wrong and then work together to make it right. Keep writing and sharing via Youth Voices and sharing your thoughts with the world; we need to hear from you and also we all need to stay connected.