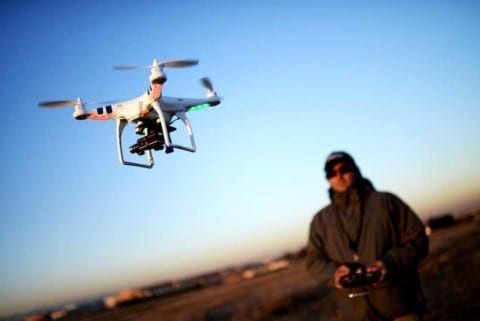 Drones should not be used by civilians because the technology is not regulated enough at this time to be safe for the general population.

Drones are already viewed negatively by the public.  As stated on the website, Phil for Humanity, “Civilian opinions about drones are typically negative, since they are viewed as an invasive force.” Civilians have heard about negative incidents that have occurred by private drone owners.  In one incident, a man shot down a drone that was flying over his daughters while they sunbathed.  Another negative incident with a drone was this summer in Montana.  Someone was flew a drone over a forest fire.  They had to shut down the fly zone, and the helicopters couldn’t fly over the fire to dump water on it.  These are examples of incidents caused by irresponsible drone pilots.  These incidents could have been avoided by implementing stricter regulations for civilian owned drones.

Irresponsible drone operators can make dangerous situations for manned aircraft.  The ease of operation allows the Average Joe to potentially cause a lot of damage with small drone.  The US and some European countries receive many reports each month of drones flying into commercial airspace.  If a drone were to hit the engine of an airplane, it would cause catastrophic failure.  Once again, irresponsible drone operators causing a potentially deadly hazard.  These kind of incidents are becoming all too common and they are a serious problem.

The current regulations on drones aren’t strict enough to keep people safe.  According to the LA Times, the only rules in effect are: “Don’t fly within five miles of an airport or in no-flight areas; don’t interfere with manned aircraft; and keep the drone in sight. Those who break the rules or hurt people face criminal and civil penalties.” Even with these regulations, it is too easy for people to put their drones in dangerous situations.  If they break these rules, it would be hard to enforce them because it’s difficult to locate the operator, especially if their drone is not registered.
Drones should not be available to the general public because there have already been too many cases of negligence with drones and we cannot afford any more potentially dangerous mistakes by unqualified drone operators.

I think this is a great topic that needs to be addressed. Drones are being used inappropriately which causes problems in our society. I agree that drones should be ban for the general public to use.